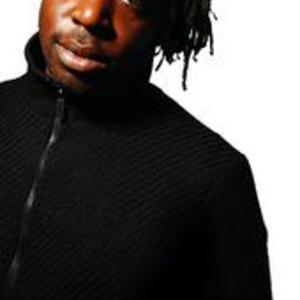 Tayo is a familiar face on the breaks scene where he can safely lay claim to helping shape the nu skool sound in the late 90's alongside fellow breaksters Adam Freeland and Rennie Pilgrem, who together promoted the genre forming Friction parties at Bar Rhumba & The End. After mixing his first Y4K album in 2000 his profile soon exploded to a worldwide audience. Not one to hang around, he quickly took things to the next level, launching his own label Mob Records with the debut release coming from long time friend and major breaks player Rennie Pilgrem with the seminal Some Place Funky.

After mixing his first Y4K album in 2000 his profile soon exploded to a worldwide audience. Not one to hang around, he quickly took things to the next level, launching his own label Mob Records with the debut release coming from long time friend and major breaks player Rennie Pilgrem with the seminal Some Place Funky. Over the years Mob Records released original music and remixes from artists including The Stanton Warriors, Lee Coombs, Kevin Beber, JDS, Santos, Meat Katie, Klaus Hill and Krafty Kuts to name but a few. To date Tayo has released four mix albums, and is the only artist to release two Y4K albums for Distinctive.

Leaving Mob Records behind in 2004 Tayo has continued to diversify. He ran the Kiss100 Breakbeat Show for three years, ensuring it became an essential stopover for any breaks and beats artist when in town. Artists as diverse as MIA, Diplo, Rebel MC, and Smith & Mighty rubbed shoulders with the cream of the breaks and dubstep scenes as the show became a celebration of the syncopated sound. This did not go unnoticed at Radio One, who asked Tayo to move to the station at the beginning of 2006 to become one of the DJ's on The Residency, then In New DJs We Trust. Tayo has finished his run as a new DJ, continuing on at the station where he is now the official deputy for Annie Mac and Annie Nightingale. He has done two One World specials for the station and will do an Essential mix at the end of February 07.

On the production tip Tayo has released records for Skint, Fat, Mantra Breaks, Functional Breaks, Bassrock and Passenger and worked with Acid Rockers, Freq Nasty, Care In The Community, Baobinga, Control Z and Sunz Of Mecha. He has done a plethora of remixes including reworkings of Jaydee's Plastic Dreams & Dave Clarke's The Compass. With the completion of his debut album of dubwise beats and electro breaks finally on the horizon, Tayo is ready to make the same impact on your stereo as he can do on the decks.

As a DJ, Tayo has proved himself to be open minded with his musical taste and determined to avoid the proverbial pigeonhole. Although happy to rock any breakbeat dancefloor worldwide he also likes to indulge his wider musical taste. He was co founder of, and one of the residents at Basement Jaxx's seminal Rooty club night in south London, playing out every year on the terrace at Space Ibiza with friend Frank Tope as the Rooty DJ's, and rocking festivals from Homelands London to Creamfields Buenos Aires with his house music hat on. More recently Fabric have given him scope to indulge in another musical obsession with the Cool & Deadly parties, where "the backbone is dub". Tayo will be taking this concept to some of the biggest festivals in the UK throughout 2007. He is also responsible for Tayo's Tracksuit Party, a celebration of the sports casual and the joy of an old school two piece Adidas... Snowbombing for the last three years, Notting Hill Carnival, Sheffield and Sydney are just some of the places that have been turned into a scene from Beat Street for an evening or two....