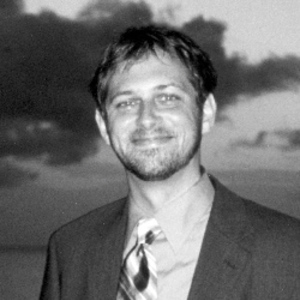 Anselm Berrigan is a poet and teacher born in Chicago, Illinois in 1972. He grew up in New York City, where he currently resides with his wife, poet Karen Weiser, and a parrot named Pig. From 2003 to 2007 he served as artistic director at the St. Mark's Poetry Project. He is the brother of poet/musician Edmund Berrigan, half-brother of Kate Berrigan and scientist David Berrigan, son of poets Alice Notley and the late Ted Berrigan, and stepson of the late English poet and prose writer Douglas Oliver.

He has also lived in Buffalo, NY at the "Ranch" and was known lovingly as "Anton" in San Francisco, CA. He is a co-chair of the writing program at the Bard College summer MFA program and a professor at Wesleyan University. He has also taught writing at Brooklyn College, Rutgers University, Pratt Institute and the Jack Kerouac School of Disembodied Poetics at Naropa. Anselm is now a father (of Sylvie Weiser Berrigan), and many have high hopes that he will rise to the occasion.

Books include Some Notes on My Programming (2006), Zero Star Hotel (2002), and Integrity & Dramatic Life (1999). Chapbooks include Strangers in the Nest, In the Dream Hole (with Edmund Berrigan), and They Beat Me over the Head with a Sack. A CD of his poetry, Pictures for Private Devotion, was released in 2003 through Narrow House Records. In June 2007 he completed a four-year tenure as artistic director and Wednesday Night Reading Series coordinator of the Poetry Project at St. Mark's Church. Has taught writing at Brooklyn College, Rutgers University, Naropa University, and the Poetry Project. Has been a visiting writer at the Vermont Studio Center, Just Buffalo, and Woodland Pattern. Member of the Subpress Publishing Collective, and published Hoa Nguyen's book Your Ancient See Through (2002) through said press. Coedited, with Alice Notley and Edmund Berrigan, the 750-page Collected Poems of Ted Berrigan (University of California, 2005).