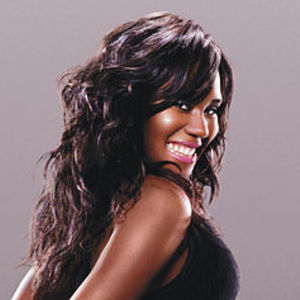 "Life is a series of given moments, nothing ventured, nothing gained", is a clich? that Tarralyn has penned in her new song entitled Dreamer. This statement has become the essence of Tarralyn's drive, and the fragrance of her dream and keeps her focused on what she is currently endeavoring and pursuing. Having released a gospel album in 2000 and appearing on countless others gave Tarralyn a foundation in her music that said greater things lie ahead. In 2003, she was crowned Vh1 Born to Diva Winner and signed to music mogul Tommy Motollas new record company Casablanca/Universal.

Having released a gospel album in 2000 and appearing on countless others gave Tarralyn a foundation in her music that said greater things lie ahead. In 2003, she was crowned Vh1 Born to Diva Winner and signed to music mogul Tommy Motollas new record company Casablanca/Universal.Tarralyn debuted on Vh1 Divas Duets in 2003 hosted by Queen Latifah and was announced the winner by Sharon Osbourne. It was a great honor for her to perform on the same stage as Beyonce, Ashanti, Lisa Marie Presley, Pat Benetar, Stevie Wonderful and countless other phenomenal artists. She released her self titled debut album in 2004, toured for Seventeen Magazine, Pantene, and appeared in numerous magazines from Vibe, Ebony, Essence, Seventeen, Pop Star and many more. Through out her career she has also toured and performed with various well known and even legendary artists. Ms. Ramsey did the "NO More Drama" tour with Mary J. Blige, performed with Ray Charles and Avant. Tarralyn has even serenaded the Heavy Weight Champion of the World Evander Holyfield.

Having been in the business now for about ten years, Tarralyn has moved into another phase of her career that is allowing her to be hands on and even more creative in every aspect of the music as well as the business. Following in the footsteps of a women whom Tarralyn admires very much and feels is the epitome of a black business woman/ entrepreneur, none other than Oprah Winfrey, Tarralyn has launched Tarprincel Entertainment Group ("TEG"), which houses a record, publishing, management and production company. She has made a natural progression from artist, singer, songwriter, producer and now CEO and President of her own company. Tarralyn is currently finishing her latest album which is written, produced, and arranged by her and is set to be released on her own record label this year. Tarralyn is currently also working on other entertainment ventures which we know will all be a success.

With wisdom beyond her years and guidance that you can't pay for, we know that Tarralyn is sure to follow the steps of Oprah Winfrey and sell albums and sell out arenas like Whitney Houston. Her talent and voice are astonishing, and in the words of Debra Norville from Inside Edition," Her voice is haunting -- it stays with you. We see Tarralyn as a diamond that is about to be purchased and given to someone special to enjoy. It's shinning so bright and has true clarity. In the words of her manager, Darcelle P. Cole Ph.D., "Tarralyn will touch the intangible and defy all odds against her. She believes, In the power of ones dream and the innate ability to make it come true. But more importantly she believes in the unseen authority that works behind the scenes for her.