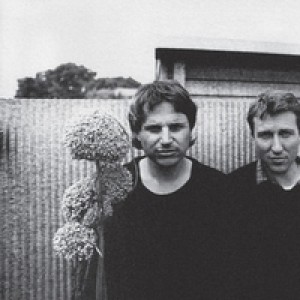 Having played together in The Enemy (which broke up and transformed into Toy Love), Alec Bathgate and Chris Knox developed a special kind of musical affinity and formed Tall Dwarfs after the latter band's demise in 1981. While Knox and Bathgate live hundreds of kilometres apart, they have managed to keep Tall Dwarfs productive -- each writes and records material at home, then sends it to the other to embellish or edit.

Their recordings often feature found sounds, tape loops, tape effects and improvised instruments. The physical formats of their releases are often unusual, such as the 12" vinyl release of That's the Short and Long of It which played at 33RPM on one side and 45RPM on the other.
Periodically the two artists will actually end up in the same room together and the occasional concert or tour does happen. Both men have also released solo work.