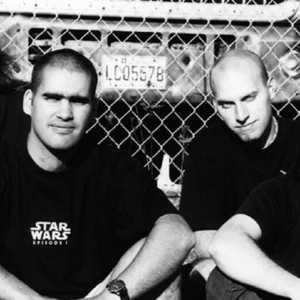 In general, "Anonymus" designates any piece whose composer is not known. For example, certain early music (often, pre-baroque) and folk music works are termed Anonymus. Anonymus (Canadian Metal Band): After the release of their critically acclaimed top 10 albums, Anonymus have enjoyed nationwide success. The band has sold no less than 30,000 albums, appeared in many videos and in several movie and TV soundtracks. Their career has been marked by a never ending journey of pure sweat and determination.

Anonymus (Canadian Metal Band):
After the release of their critically acclaimed top 10 albums, Anonymus have enjoyed nationwide success. The band has sold no less than 30,000 albums, appeared in many videos and in several movie and TV soundtracks. Their career has been marked by a never ending journey of pure sweat and determination.

The Anonymus philosophy is simple; Do or Die Friendship. The bands success and evolution is directly attributed to this way of life. From their first meeting in grade school Carlos Araya (drums), Marco Calliari (guitar and vocals) with twin brothers Daniel (guitar) and Oscar Souto (bass and vocals) have developed a tight symbiosis. All this energy has been channeled to produce a powerful and furious gust of Metal.

Anonymus boldly reached for a larger international market with "Instinct", who was produced by British studio wiz Colin Richardson (Slipknot, Machine Head, Fear Factory...). The album covers the classic metal gambit while being fed by experimental doses of hardcore and opera. This breakthrough CD revealed the band's true and exciting potential. In support for the album the band toured relentlessly and eventually crossed the pond to Europe where they toured with Watcha (Sony) and Out (Roadrunner).

"Daemonium" was released in 2002. The band renewed with nationwide success by topping the charts and was made top ten album of the year by many Metal radio stations across Canada. The video "Why be the judge" was released and aired by Muchmusic, MusiquePlus, and other broadcasters. The band toured Nationwide and drew attention by producing their own show in Montreal's Metropolis in front of 2000 fans.

A special side project called "L'Academie du Massacre" was released in 2003 in which Anonymus combined its efforts with insane folk singer; Mononc'serge. The CD would find no less than 15000 takers and a massive tour took 18 months to complete. A Live DVD has just been released.

During this same year, Oscar and Carlos started a new side project, this time with Joey Belladonna (Ex-Anthrax at the time). Together they toured the U.S. and Canada. The band wrote the bulk of the material for a new Belladonna album. The project unfortunately had to be postponed due to Joey's comeback with Anthrax.

The band has released in Canada their new album "Chapter Chaos begins" on October 24, 2006. Ten new aggressive songs have made their way to the final cut. The album was produced by Jean-Francois Dagenais (Kataklysm, Misery Index...) and mastered by Peter In de Betou (Meshuggah, Dimmu Borgir...).

After a search that lasted several months, Anonymus announced that Jef Fortin is officially the band's new guitar player. Carlos Araya states that his new partner "is all about rock! He brings new influences and freshness to the band's sound. He has been touring with us for five years; he is already part of the family".