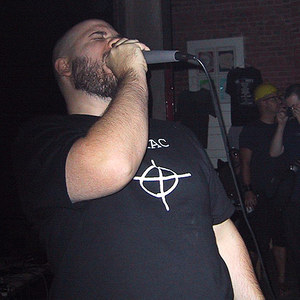 There are two acts called Taint: 1) Taint - Sludge/Rock/Metal band - from Wales, Uk. Formed in 1994. 2) Taint - Texas-based power electronics / noise project started around 1990. 1) Taint of Swansea, Wales, United Kingdom are something of an enigma. Many have striven to place their sound within a handy genre definition, only to find themselves wondering whether a band so dynamic and full of surprises can really be called sludge, or whether music so antithetical to boredom can justifiably be termed post-hardcore.

1) Taint of Swansea, Wales, United Kingdom are something of an enigma. Many have striven to place their sound within a handy genre definition, only to find themselves wondering whether a band so dynamic and full of surprises can really be called sludge, or whether music so antithetical to boredom can justifiably be termed post-hardcore. Taint's 2005 full-length debut for Rise Above, The Ruin of Nova Roma was a crafty beast that reveled in constructing such riddles for the listener and, of course, the critic. Pigeonholes are for pigeons, after all. It's the purpose of great rock groups to not quite fit in.

Formed as teenagers in 1994 amid the South Wales DIY punk/metal scene, Taint released a few demo cassettes of epic Helmet-influenced riffology which landed them with a stoner / doom tag that would, eventually, become superfluous. In 2000 the Die Die Truthspeaker mini-album was released on London's Household Name Records and national shows were played with the likes of Acrimony, Canvas, Capdown, Cathedral, Consumed, Converge, Clutch, Earth Crisis, Hard to Swallow, Iron Monkey, Stampin' Ground, Spirit Caravan and Will Haven. Where many of those bands have disbanded or changed beyond all recognition, Taint are still here, following their own path with determination and purpose, their recent UK tour with Clutch leaving many jaws dangling open at the sheer intensity and fervor the band are able to generate live. Which brings us to their second full-length album release, Secrets and Lies.

As with The Ruin of Nova Roma, Secrets and Lies was produced by the band and mixed by ex Fudge Tunnel / Nailbomb guitarist turned successful studio hound Alex Newport (Melvins / At the Drive-In / The Locust). In Newport the band have found an ideal collaborator, a figure who instinctively understands how good, angry, heartfelt rock music should sound. As such, Secrets and Lies is neither undercooked or overheated, it simmers with rage yet never boils over. They have delivered one of this year's most powerful albums, and a wake up call to British rock.

Taint's final release was the 'All Bees To The Sea' EP, released in 2010. Four storming songs with the epic, 12 minute title track. Arguably their best release, regardless of the EP format.

Taint have wowed crowds in the U.k, France, Germany, Scandinavia, Benelux, Macedonia, Portugal and Greece. These are the lucky few to have witnessed this special band. Long live Taint in the annals of rock history!

2) Taint
Keith Brewer is old school. The name might not ring any bells, but if you had your ear to the high-end harsh noise and power electronics underground during the 1990's, you'll have heard of Taint, the notoriously sleazy electronics project that Mr. Brewer was operating under since way back. A kind of juiced up, pure-hate version of Whitehouse on steroids, Taint discharged a vicious stew of screaming high-end feedback, grinding distorted scrape, and caustic ranting vocals that are overlaid with sheets of white noise across a prolific output of cassettes, 7"s, CDs, and LPs. These hostile, antagonistic noise outbursts always came with interesting packaging but the visuals and themes that Taint explored were disturbing to say the least, filled with psychosexual violence and grim, hateful observations on humanity, and the combination made for some of the more intense hardcore noise coming out of the American electronic underground.

This isn't your average run-of-the-mill power electronics assault though; rather than bludgeoning the listener with totally unbearable noise and excruciating
digital whine, although these elements are there, he creates a subtly unnerving and discomfiting effect, using minimalist and sparse instrumentation combined with voice samples and distorted vocals. It's the sonic equivalent of the quiet twinkly-eyed next door neighbour who gives sweets to kids and helps out in the community but who actually turns out to be a twisted sadistic serial killer who has a dark secret in his basement....

Keith now operates as Mania and keeps on releasing awesome PE/noise ... including some stellar collaborative work with Sam McKinley (aka The Rita). Keep your eyes open for this stuff and buy it all....

The Misogynistic Lust cd uses the original tape as source material to turn it into a different beast altogether. There are no decent vids of Taint out there as far as I can tell.

All Bees To The Sea (EP)

The Ruin Of Nova Roma