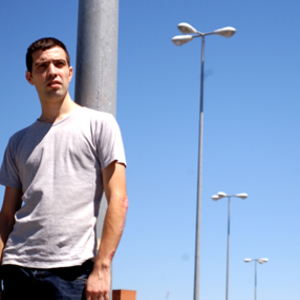 Tadeo (Miguel Sar) hails from Madrid, Spain. He is influenced by various branches of electronic music, especially by Detroit Techno, Christian Vogel, Neil Landstrum, Plastikman and Jeff Mills' productions. In the beginning he created, together with DJ Slick, the collective Domestic Techno, organising parties in several basements of their city. With time, he has tested almost every single style inside electronic and dance music.

After a long period of development withing Techno, Tadeo runs his contemporary art collective Javha oriented towards all kinds of art expressions, and Cyclical Tracks, a conceptual Dub Techno label.

He is closely associated with two other Spanish Techno producers - Alex Under, and Damian Schwartz. In this second stage, he purifies his technique and studies, with care, the connection with the audience, trying to make this connection the essence of his sets. Since then, and little by little, Minimal and electronic sounds start to become a natural path, both in his sets and productions. He also has a predilection for Dub and sounds which emanate from Jamaican music.

Chronicles Of The Future (Remixes)

Chronicles Of The Future