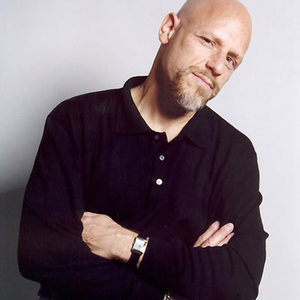 Born June 24 1956 in New York. In 1976, Tad began attendance at Indiana University in Bloomington, Indiana where he met his wife, Amy, and started his first band, Hesitation Blues Band. Tad moved to Chicago in 1982 where he gigged in the blues happy club scene. His Chicago band with Steve Freund, Marty Binder, and Harlan Terson had a weekly gig as the house band at Rosa's for three years and also played venues like Buddy Guy's Legends, The Chicago Blues Festival, B.L.U.E.S.

The Wise Fools Pub, and many others. Variations of this band would play in and around Chicago for years until Tad moved back to Indiana in 1998. Tad also toured Europe several times, played dates in Canada and Israel, and contributed to two major motion pictures. One of them, Under Siege with Tommy Lee Jones, as a member of a fictitious blues band with David Letterman guitarist Hiram Bullock, and other film that featured Tad's music was A Perfect Murder starring Michael Douglas. He took over as vocalist for Dave Spector & The Bluesbords on their 1994 disc "Blueplicity", which included Robinson-penned originals "What's Your Angle," "Dose of Reality," and "On the Outside Looking In." The label, Delmark, gave Tad his own contract and he recorded two records for the label until switching to Severn.

A New Point Of View

Did You Ever Wonder?