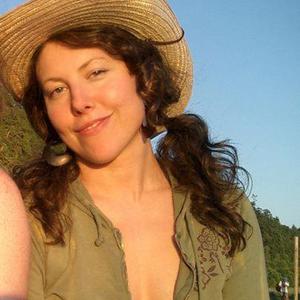 Since releasing her debut CD, "At My Table" in 2006, T. Nile has toured her "unique and heartfelt sonic textures" throughout North America and Europe to packed houses and sold out shows. Last summer, she played the main stage at the Winnipeg Folk Music Festival for 15,000 people! Quite a ways from her humble beginnings in a tiny cabin on Galiano Island, Tamara was groomed for a musical life; she started out accompanying her father, a multi-instrumentalist sidewalk entertainer, through North America and Australia at the age of 6.

At 19, Tamara moved to Vancouver to launch her music career. She began hosting a monthly showcase at the Railway Club called "Connect" while working on her songwriting. In 2006, she recorded and launched "At My Table". Reviewers and listeners hailed the up-and-coming artist and her music. Outside Distribution picked it up, and CBC and campus radio fell in love with it. Most notably, T. Nile was awarded "Best New/Emerging Artist" at the Canadian Folk Music Awards, as well as being named "Critic's Favorite New Discovery". More recently, she was nominated for "Best Contemporary Vocalist".

In 2009, Tamara released "The Cabin Song EP". With this album, she expanded on the contemporary folk sound that is uniquely hers, and the seven new songs delivered on every promise ?At My Table? made. Having played at some of North America and Europe's top summer festivals and venues over the past five years, Tamara's momentum continues to build while she records a new LP and prepares for the next wave of touring in support of her upcoming release.