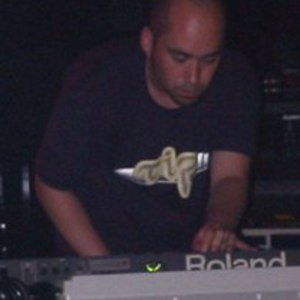 Synchro or Jeroen, as he is formerly known, is one such man who over the years has continually produced a rare blend of trance, leaving a lasting impression on both his listeners and viewers. He is an interesting man with an interesting history! As with all musicians, Jeroen didn't just start making music overnight, as it has been a passion for many years. He first started playing the drums at the humble age of 14, after being influenced by his older brothers' taste in music, which included Pink Floyd, the old Genesis, Hawkwind, Lou Reed and other psychedelic rock bands.

As the music progressed over time, Jeroen began listening to various 80s bands like Human League, The Cure, Depeche Mode, and as he puts it, "all the dark, spacey rock bands and all that electronic stuff".
Techno began to infiltrate his world, as he explains, "the first time I heard like house music was at an acidhouse-party, and it just blew me away". He bought a 101 a year after. At the age of 22 he was living in London, working as a makeup artist for music videos, and actually did the makeup in the Faith No More film clip EPIC. A few years later, he lost interest in being a makeup artist and went back to Amsterdam, where he purchased some synthesizers, and in 1995 started doing the lights for a small club called Mazzo. It had been quite a break from techno for Jeroen. But in 1999, the name Synchro was on the lips of many, as he began to make music that would help shape the trance scene worldwide. The Mazzo club started a label called M-Track, where he made his first two records, and continue to release another three. Overtime the label moved more into techno, so Jeroen then released a record on the French label POF, and then on Krembo in Israel under Three State Logic.

In 1997 he was signed to the trance label TIP Records, where he released a swag of stomping tracks, such as Kitchen Sync, Power On, See Ya Later Oscillator and Human Oscillator. Since Synchro released his first album Science Friction on TIP, his bookings have subsequently picked up 400%. Jeroen toured England, along with performances in France, Denmark, Belgium, Sweden, Finland, Portugal, Germany, Macedonia, Serbia, Bulgaria, Greece, Israel, USA, Canada, South Africa, Mexico, Guadaloupe, Australia, New Zeeland, Japan, as well as lots of clubs and parties across The Netherlands.

Since Synchro has released 2 albums on Nova Tekk Germany, Drugs and Elektric. His latest album 'Born In California' came out on Avatar Records.

Synchro has seriously explained how making music means so much to him. And the rush that it gives him to play live and DJ. He quotes Tony De Vit saying: "It's a real high when you play a track and the whole house goes bananas and you can multiple that by a hundred if it's a track you made yourself".