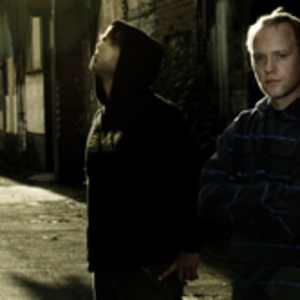 Behind the production of symphonix are the brothers Sirko W?tanowski (28) & Stephan W?tanowski (25) W?tanowski from northern Germany, better known as dj montagu & dj golkonda. They started in 1998 with djing & organizing events. They based Tshitraka and the first Tshitraka Party was in the beginning of 1999 in a small club. This Project grows up to the Tshitraka Project Open Air Festival, which is every year in northern germany. Their famous indoor party event is called Amarasya.

After since years playing in several partys, like Indian Spirit, Atmospheres, Antaris, Voov, Two Moons, Arvika and etc. it was a question of the time that they start to produce their own music, to create their own ideas.The style of them is groovy progressive trance with psychedelic elements.

The first track from Symphonix was released on Midijum Records. And after releasing tracks on various compilations on labels like Plusquam Records, Millennium Rec, AP Records, Midijum Records, Novatekk Records, Sinn-Tec Records and more. They start to work on the first Symphonix debut album, which is released now at Blue Tunes Records. In the beginning of 2006 they formed their own label Blue Tunes Records with the deb?t release Amarasya Vol2. Watch out for releases in the future!

Also they started their sideproject True Lies. The style of these project is progressive house with electro influences and you can find already releases at Blue Tunes, Echoes and Candyflip Records. The debut album is going to be released in february at Candyflip Records. Some other relevant activities from them is the work for labels, they compiled already compilations, like Amarasya, Tshitraka Project & many more.

The Way Of Life

Keep It Off (CDS)