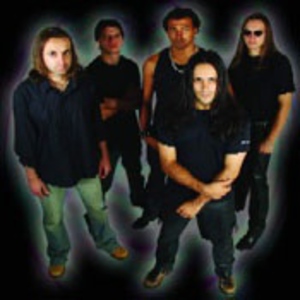 The band Symmetry was born in the ashes of the extinct band called Madness, formed in Joinville in the decade of the 90's. Two remaining members of this band "Milton Maia and Jurandir J?nior" decided to set up a band to play Heavy Metal and that it went strange the all of the idioms that are devastating and saturating the musical market, looking for to compose music to mix and they had weight, melody, interventions and progressive passages put without being limited to a certain style.

Therefore soon afterwords integrated Marcos Vin?cius "N?na" to fill the drum position and Ney Soteiro as the guitarist, where finally it appeared to the band SYMMETRY, however the band still longed for and it sought for a keyboard player from your formation to complete line-up, when in June of 2002 Lincoln Pompermaier assumed the keyboard player's position, completing like this the formation initially wanted and joining musically for the perfect acting and execution of their compositions.

The year of 2003 was marked by one more important step in the career of SYMMETRY. The CD was thrown - Demo solemnity-entitled with three own compositions, inserting the band once and for all in the musical market. Still on that year keyboard player Lincoln Pompermaier left the band to dedicate to the studies and in his place bassist Milton Maia, that already possessed experience with synthesizers assumed the bassist's position competent Alexandre Lamim was recruited. In the year of 2004 the band was invited and it participated in 02 important and respected collections of the market fonogr?fico of Brazil, Valhalla Demo Section I and to Rock Soldiers Vol 10, and on that same year the name SYMMETRY was altered for SYMMETRYA due to the existence of a band with Homonymous name.

The intention of Symmetrya is to have a own style, peculiar and with an only identity inside of their compositions. Professionalism, dedication and quality are it main commitment to the public, being able to like this, to keep and to elevate the fidelity, respect and the passion more and more for the music and art!!! The future awaits us and the rest only time will tell...