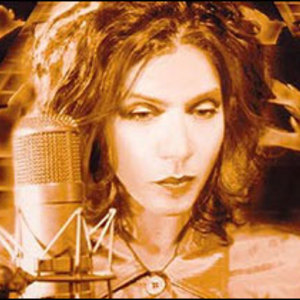 Sussan Deyhim (b. Tehran, Iran), is a composer, singer and performance artist. She began her career dancing with Iran's Pars National Ballet company (performing weekly on Iranian national television), and then with Maurice B&eacute;jart'sBallet of the 20th Century. She moved to New York City in 1980, embarking on a multifaceted career encompassing music, theatre, and dance, and wide-ranging collaborations with leading artists from across the spectrum of contemporary art.

Deyhim has performed and recorded widely as a solo artist. Her solo recordings include Madman of God: Divine Love Songs of the Persian Sufi Masters, Shy Angels (with Bill Laswell), and Turbulent. Other recordings include Majoun and Desert Equations, both with the composer Richard Horowitz, a frequent collaborator. With composer and director Heiner Goebbels Deyhim recorded Shadows, based on writings of Edgar Allan Poe and Heiner Mueller, and composed and performed music for Deepak Chopra's A Gift of Love.

Deyhim's numerous collaborations with the renowned visual artist and filmmaker Shirin Neshat have received critical acclaim, including the video Turbulent, which won the Golden Lion at the Venice Biennial. Their multimedia performance Logic of the Birds was based on Farid ud-Din Attar's book of mystical poetry written in the twelfth century.