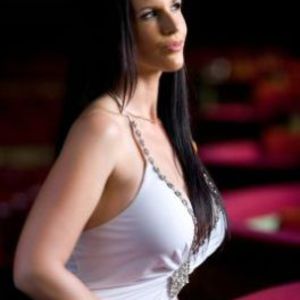 Any list of awesome Aussies should include Anni Piper. An outstanding bassist in her own right, she's an authentic roots blues rocker that possesses a voice to die for. It has even been touted that an appropriate compliment would be that she sounds 100% American! Anni remembers with clarity the first time she heard the blues back in her school days. ?It was Paul Butterfield Blues Band playing ?Born in Chicago' - I knew straight away that this was the direction I was heading.? she says.

Anni remembers with clarity the first time she heard the blues back in her school days. ?It was Paul Butterfield Blues Band playing ?Born in Chicago' - I knew straight away that this was the direction I was heading.? she says. She began playing electric guitar at 12 years old, but became a devoted musician when she was given her first bass at age 14. She quickly discovered an affinity with the instrument, preferring to lay down a groove rather than scream out a solo.

Anni's debut CD Jailbait won her an Australian Blues Award & received glowing reviews when released in 2004, but none quite as piquant as this excerpt from Canada's Edmonton Sun newspaper:
"Anni Piper's inner CD sleeve is quite obviously designed -- successfully -- to make men drool over the statuesque Australian Blues Mama. Then she starts singing, and all sorts of other tingly things happen. Piper has the kind of voice that lulls men to their doom. It's soft and sweet when it wants to be, scared and vulnerable a moment later, then ripping through you like a razor..."

Anni followed Jailbait two years later with her 2nd release Texas Hold 'Em, a title that had the average listener figuring that she was born in the Lone Star state; except neither album had been released in the U.S.A. Her American debut would come in 2009 via the indie Two's Company, compiling the best tracks from her first two albums. Receiving good US radio airplay, this album saw Piper reach #21 on the USA ?Living Blues' charts, quite a feat for this Australian considering she was still yet to perform in America.

Now there's Chasin' Tail, Anni's latest step in her blues journey. Garnering inspiration from her blues rock idols & co-written with her fiery axeman Sam Buckley, Piper & her band have firmly grasped the blues rock mantle with this album ? something that clearly makes this front-woman happy indeed! So... if you're chasin' Anni Piper, you have some catching up to do. Enjoy!