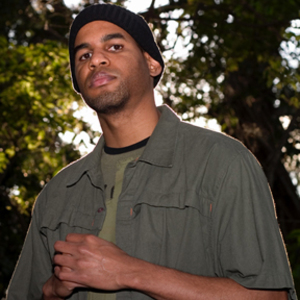 Jamaican born and Miami based Producer, Omar Clemetson a.k.a. Supersoul is no stranger to the underground world of hip-hop and electronic music. Building for over a decade the sounds which has surfaced on countless records and CDs for the likes of international record Labels; Lex, Fabric, Bomb Mitte, Libyus, and hs own label, Metatronix. The self taught producer and engineer has melted together a 3 dimensional blend of hip-hop beats, reggae basslines, and outer-worldly melodies, and built monster tracks that many said were before their time.

With a worldwide audience in place, in 2000, Omar decided to step up things by starting his own label, Metatronix. With 18 releases under it's belt, Metatronix has enabled Omar to link up with like minded artists looking to create a vibe that is stimulating and entertaining for the mind, the senses, and the soul. His mystical yet mechanical hip hop has manifested into the now signature Metatronix label sound.

As a performer, Supersoul has toured throughout the US, Canada, Europe, Japan and the UK; playing in front of couple hundred fans or entire city-crowds and producing some of the heaviest beats and bass drops leaving his audience hungry for more.

As well-known as he is in the production world, Omar Clemetson has garnered a mighty reputation for himself in the independent music scene, having mastered and engineered countless hip-hop and electronic records for Labels; Chocolate Industries, Counterflow, Schematic, Crazy Hood, etc. His keen ear and obsessive nature to perfection has made many musicians and labels seek after his skills.