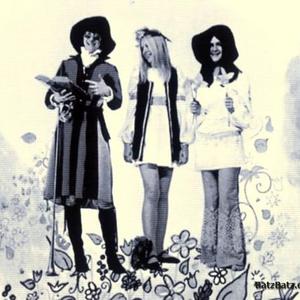 Terry Tucker went to London with two girlfriends, Erika Eigen & Freya Hogue, to become a group to perform the songs they were writing. They were discovered almost right away in a working class cafe drinking tea. A man came in a fur coat from a bearby Decca Records studio and wanted to hear their songs. They went to the studio that night and recorded a demo. Two weeks later, Vic Smith became their manager and before long took them to Olympic Sound Studios to record an their one and only album Sound Of Sunforest in 1969.

Stanley Kubrick wanted her to record Overture for the Sun for the soundtrack. It got recorded again, Terry wrote some changes in the arrangement for the film. It was exciting. It just fell into their lap. In those days they never tried to make anything happen, just follow their nose and it happened. Overture is instrumental, like a little renaissance piece. Terry wrote and arranged it, played harpsichord on it. Lighthouse Keeper is a song that Erica wrote and Terry sang backup on it and played the piano. Terry stayed in England about 12 years and came home to the US after the band broke up.