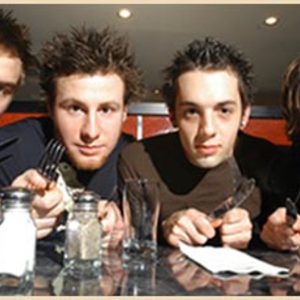 Formed in the latter days of 2003, Sucka Brown quickly released an EP, bought a black van and hit the road, playing over 200 club and college shows in their first 2 years together. Recently signed to NYC indie label, RoHo Records and nominted for a 2006 Boston Music Award, Sucka Brown has showcased their wares at such high profile gigs as the WBCN Royal Rumble, NEMO Music Conference (Boston), Millenium Music Conference (Harrisburg, PA), as well as opening spots at New England College Fest, and Row-A-Palooza at the Head of the Charles.

In August of 2005 Sucka Brown released their first full-length album, entitled "Extra Medium", which they recorded at renowned Q Division Studios. The record received spins on over 80 college radio stations nationwide and charted in the CMJ top 200 .

In April of 2007, Sucka Brown released their second LP, "What Elephant?" and is currently continuing their endless touring to support it.