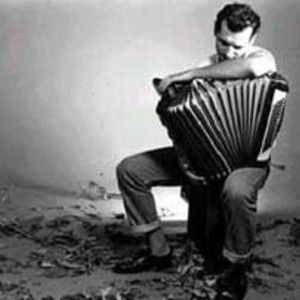 Suba was a pseudenym of Mitar Suboti? (b. 23 Jun 1961, Novi Sad, Serbia - aka Rex Ilusivii and Mitar Subotic), who graduated from the Academy of Music Arts, in the department for composition and orchestration, in his home town. After graduation he attended a course in electronic music from the multi-instrumentalist Pol Pinone in Belgrade. Even at the beginning of his career, Suba showed an "anti-career": every Sunday he produced for the Radio Novi Sad show...

Even at the beginning of his career, Suba showed an "anti-career": every Sunday he produced for the Radio Novi Sad show, "New perspectives - the other side of pop scene in Yugoslavia", while keeping his identity secret--and he maintained this for an entire year! Finally, he revealed himself as Rex Ilusivii (King of the Illusions). What was the result of this strategy? Only that we remember a man who changed the identity of music and reframed the music maps of the world, and who eventually became graffiti art, "Rex Ilusivii" on a wall in Novi Sad - The rest is forgotten.

During the '80s Suboti? produced demo recordings of artists well known in the Balkans, including Milan Mladenovic, Massimo Savic, Marina Perazic, and Igor Popovic. Suba also recorded an eclectic version of James Brown's "Sex Machine" with Milan Mladenovic, the jazzy "Plava jutra" with Marina Perazic, and "Arabia" with Igor Popovic, althouh he did not release any of those hits. Later, when Vita Simurdic from Radio Novi Sad persuaded Suba to release the LP "Disillusioned", only 500 copies were released--there was no more vinyl available.

Even now, Disillusioned is considered to be one of the last really well thought-out concepts of pop music in Yugoslavia. Suba rearranged the ways of creating pop music. For example, his work, "Thanx, Mr.Rorschach" was an eclectic, "hush noise" answer to Erik Satie's work, assembled as a journey through Rorschach's inkblot psychoanalytic tests. With this work he was given the chance to work with Satie's opus and so he moved to Paris.

In 1988 UNESCO gave him an award for promotion of culture for an installation "Dream bird, In the Moon cage" created with Goran Vejvoda. The installation included "Music for the Cities", which was based on sounds recorded on Madagascar and was also inspired by traditional Serbain lullabies. Later, part of this material was published in Brazil, in 1994. After this installation, Suba abandoned the pseudonym Rex Illusivi and left Europe for Brazil, to start over.

In Sao Paolo, Suba made music for theater, fashion shows and commercials. At the same time, he set new standards for sound production. In the spring of 1994, along with Milan Mladenovic and other friends Suba made "Angel's Breath", an amalgamation of Brazilian and Balkan folk motifs, and using the bitterness of Milan Mladenovic's lyrics. Tragically, this was last collaboration between Suba and Mladenovic, who died in November of 1994.

Suba then recorded "Sao Paulo Confessions", which was a major departure; created by the man from a totally different harmony.

In November 1999 Suboti? died in a fire in his studio while he was trying to save original recordings of Bebel Gilberto new album "Tanto Tempo": a heroic death, a chivalrous gesture, and some would say, "an authentic ironic death of music", after which remains only silence.

Suba's presence on last.fm can be found: