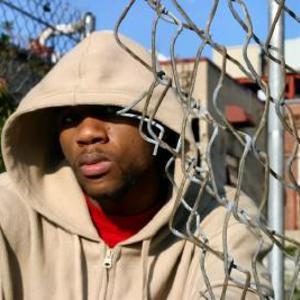 Street Pastor (born Yaves Ellis) has been trailblazing the Christian Hip Hop scene for the past decade. Beginning at the age of nine with the group R.O.A.R. the young emcee quickly made a name for himself by holding his own in a arena that was flooded with artist that were at least ten years his senior. He has since released four albums: The Bigger Picture, The UnderdoG's Anthem, Scripted In Concrete and the new self titled 'Street Pastor'.

Gather 10 people, in any city in the world; it's almost a guarantee that 7 of those people are rappers or at least aspiring to be. So in a genre that seems to be oversaturated and full of monotony, how does one break the mold; it seems that Midwest native Yaves the Street Pastor has found the formula.

His shear longevity alone is one to be commended, with over 15 years in the business, and a catalog to prove it, Yaves has not only made an impact stateside but now has a buzz ringing internationally. Recent collaborations with Netherlands DJ Bruce O'Brien landed him rotation in some of Amsterdam's nightspots and many appearances on UK Mixtapes. Fresh in his 20's the young veteran is just getting started.

Just this year alone Yaves has added another milestone to his career, as one of the first Independent Christian Rap artist to be granted their own Pandora station. Fans can now listen to the custom Street Pastor channel on their cell phones, laptops, home computers, and just about anywhere that internet is accessible. In June of 2010 his record label Sling Shot Media Group LLC which he owns and operates with his business partner and DJ; Delayne Whiteside; received a national nomination for Best Independent Gospel Label by the YGEA of Atlanta. In September of 2010 he signed a distribution partnership with Universal Music Group which will allow him to release projects worldwide off his Sling Shot Media Group LLC imprint.

Off the stage he is actively involved in rebuilding the landscape and social fabric of his community. His work with the Columbus Urban Leagues SOS program serves as a ministry tool to work with first time juvenile offenders who have been granted a second chance. As public affairs director of Radio One Columbus, he is actively involved in initiatives and cause marketing campaigns that help bring awareness and solutions to the social ills of today's society .

Its clear that Yaves the Street Pastor is a force to be reckoned with, he's an adept student, a flash of cleverness, a humble genius, a servant and king, all wrapped in one. Check his catalog on ITunes, Amazon.com and everywhere that music is being sold. His new album Favor Over Fury is schedule for a 2011 release.