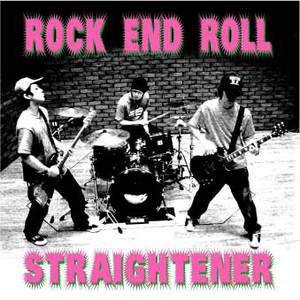 Straightener are a Japanese rock band. The band started out as a duo with Atsushi Horie (vocals/guitar) and Shinpei Nakayama (drums) in 1998. They established an independent label named Ghost Records in 2002. Hidekazu Hinata joined the band as bassist in 2003, giving the band a heavier sound. In October of the same year they released a single, "Traveling Gargoyle" from Toshiba EMI. They have performed at numerous festivals and live tours.

The band toured all over Japan during their Linear tour in 2007. They also toured whilst promoting their album Nexus in 2009.

Straighten It Up (EP)