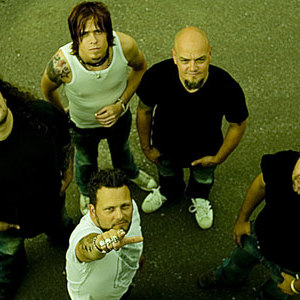 StoneWall noise orchestra is rooted in the beautiful industrial city of Borl?nge, Sweden. The band, wich consists of members from Demon Cleaner (Snicken and Jansson), Greenleaf(Jansson) and several other constellations was formed in the summer of 2004. Mr. Pillow joined the last Demon Cleaner tour and did a great job. Jonas and Lars-Inge have been around in the local rock scene for many years so it came natural to them to join the "noise orchestra".

Since then, they've signed with daredevil records for their full length debut Vol. 1. The music might be influenced by 70's groovy rock along with many other sources of inspiration, and the band is never afraid to try new things. Whatever it is that feels right at the moment is the thing that ends up on tape. The debut album was recorded at Pophouse, Borl?nge. Snicken and Mr. Pillow engineered and produced and Martin Haglund did the mixings.

With "Vol.1" and a bunch of compilation contributes released, the band have been touring europe and received great response as a live band. In 2006 the microphone passed on to [bandmember since=2006]John Hermanssen[/bandmember] and the new line-up supported Blindside on a Sweden/Norway tour presented by MTV with great success. The final mixings of the next album are in progress with demon producer Robert "Il profesore" Ekholm behind the wheel. June 2007, the orchestra signs with DRT Entertainment

The Machine, The Devil & The Dope

Constants In An Ever Changing Universe