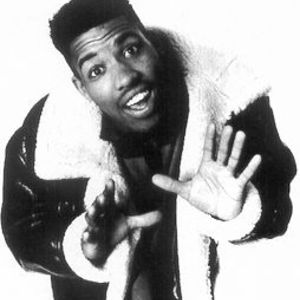 Stezo, aka Stezo-E, (b. Steve Williams), was a Connecticut native turned Brooklyn transplant whose hip-hop aspirations led him to become a dancer for the hip-hop group EPMD. Leaving the group's auspices shortly after RUN-DMC's "Run's House" tour of 1988, he was signed by Sleeping Bag/Fresh Records, and became a labelmate to his former crew. In 1989, Crazy Noise was released, to great acclaim in hip-hop circles and major spins on hip-hop friendly radio. Unfortunately, Sleeping Bag/Fresh would end up declaring bankruptcy in 1990, thus short-circuiting Stezo's career momentum.

He would not make another mainstream album, but this LP is fondly remembered as a "done in one" snapshot. Production is credited to the artist (and during the LP, Stezo shouts-out to partners DJ Jimmy Slice & Chris Cos), though legendary, late hip-hop producer Paul C apparently had quite a bit of input on the album. Samples are plenty here, with breakbeats and riffs that have become trademarks of the Golden Era sound. Standout tracks on the album include "Bring The Horns", "Freak The Funk", "Talking Sense", and "Getting Paid", among others. "Girl Trouble", in the tradition of EPMD's "Jane", is a tale of misadventures with the opposite sex. The instrumental "Jimmy's Getting Funky" gives Stezo's turntable man the spotlight - a common practice in this era of hip-hop. The most remembered cut on the album is "It's My Turn", a just-under 4-minute jam that samples the legendary Skull Snaps track "It's A New Day" (George Clinton's 'Atomic Dog' should also be mentioned). The loop was unearthed by Stezo's cousin Dooley-O and his friend Chris Lowe... and the term unearthed is almost literal. Dooley managed to convince his neighbor Mrs. Brown to let him and his friend Chris dig around in her basement, uncovering two suitcases that contained her entire record collection.. one of those album's being The Skull Snaps' 1973 self-titled album with a ?It's A New Day?, which contains the legendary break first used on this recording and went on to be the backbone of everything from Gang Starr's Take It Personal to Black Moon's Who Got The Props. According to some sources, Stezo apparently stole the record from Dooley after he refused to give up the finished track to Sleeping Bag/Fresh Records for Stezo's debut.

Stezo has released a few 12" singles over the years including a CD single Where's The Funk At in 1997. In 2004, Stones Throw Records released the 12" single A Piece of the Pie. When Stezo was a dancer for EPMD during the Strictly Business tour, Stezo got into a beef with Parrish Smith and was kicked from the rest of the tour. EPMD blasted Stezo in their venomous classic ?So Watcha Sayin?. Stezo and his cousin had become friends again and he enlisted Dooley's help in the production of his answer to EPMD's call-out. A Piece Of The Pie featured a foreshadowing Dooley saying: ?First album Strictly Business, second album Unfinished Business, third album OUT OF BUSlNESS!? The two remain convinced that if the record had been released at that time, it would've made Stezo legendary.

More recently Stezo has made guest appearances on Dooley-O's album The Black Life (2004), and the Boys From The Ranch EP (2007) featuring a track originally from 1992.