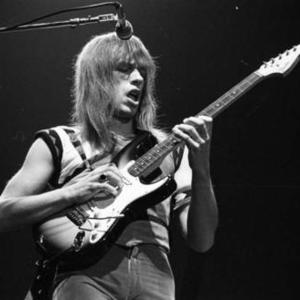 Steve Howe (born April 8, 1947 in Holloway, North London, England) is one of the most respected progressive rock guitarists in history. Renowned for his classical fingerstyle guitar, Steve Howe has been a member of Yes, Asia, GTR, Anderson Bruford Wakeman Howe, Tomorrow and Bodast; he has also released many solo albums. Howe was voted "Best Overall Guitarist" in Guitar Player magazine five years in a row (1977 - 1981) and was inducted into Guitar Player's "Gallery of Greats" in 1981.