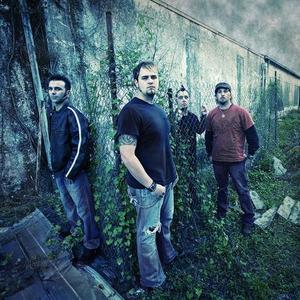 Stereoside punishes your speakers with hard grooving anthems written with conviction and experience. Marked by squealing bent guitar strings and an unrelenting Bass/Drum powerhouse. Formed by music lovers for music lovers Stereoside brings it! Stereoside is creating a huge fan base across America and can be found all over the Internet from Myspace, Yahoo Music, CD Baby, Tower Records, I-Tunes and many others.

..::In March 07, Stereoside signed with fast-growing, indie label Bieler Bros. Records, entered the Bieler Bros. studio to record their debut album, So Long. ?We made the record we wanted to make. We feel as though the record shines with our tribute to rock influences along with our own style, therefore, creating timeless rock songs.?-Stereoside::..

..::Stereoside finished production on the album, So Long, and debut it September 25th, 07. The first single from the effort, SINNER impacted active and alternative rock radio May 07. The band received overwhelming feedback::.
..::The second hard hitting single SO LONG impacted rock radio stations nationwide June 08, further establishing Stereoside into a force to be reckoned with::..
..::ON OUR WAY, Stereoside's third single impacted rock radio March 09. In support of the singles released, Stereoside hit the road and toured and toured and::..