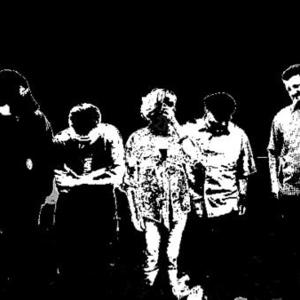 Four years ago, 17 Pygmies, a band if noted for if nothing else, being stupidly ambitious, undertook a stupidly ambitious project. Originally a short story based upon the 15th Century classic novel La Celestina by Fernando Rojas, the recorded Celestina (in actuality the name of the spaceship) was envisioned as a three part, 33 1/3rd psalms/songs long science-fiction story mixing as many musical elements including progressive, psychedelic...

Celestina was admittedly an odd mix of components most reminiscent of Pink Floyd, 4AD, John Barry, Jerry Goldsmith and Samuel Barber. It might help the casual listener to think of the work as the soundtrack to a black and white episode of the Twilight Zone. If that doesn't help, you might want to try drinking 100 cups of coffee in a row followed by consuming an entire 24-piece box of 50/50 bars. The simulated caffeine/sugar rush will probably produce the desired effect. At any rate, you will be very pleased you did. It worked for Jack Del Rey as he realized there was still a missing component to the Celestina sound. The Blues.

In 2009, after taking a year off to research the blues, 17 Pygmies released the pre-war blues influenced "The Outlaw J.D. Ray." In 2011, these "new" influences were incorporated into the next installment of Celestina, ultimately to be known as CII: Second Son. In many ways, CII was similar to CI, with one major exception. The best was to explain the difference is to imagine the Pink Floyd influence replaced by influences from Pink Anderson and Floyd Council, the two bluesmen from which the Floyd got their name. Additional kind of obvious influences (at least to us) included Tangerine Dream, Kraftwerk, Greg Lake, Javanese Gamelan, Ernst Bloch and Cold-War Era politics. Universally praised by about six or seven people (thank you, you know who you are!) the band felt justified thinking they were on the "right track" but that there was still something missing...

On January 1, 2012 17 Pygmies officially released CIII:Even Celestina Gets the Blues (A Tale of Love and Quantum Physics). This, the third and final installment of the Celestina trilogy finds the crew of the Celestina (what's left of it anyway...) having escaped the clutches of a black hole and with new knowledge of the Treachery of the Third Inquisition racing back to Earth to expose the truth of the "robot menace." On the way, secrets are revealed that could further change the plight of humanity (really) or be buried along with the members of the Celestina, which as it turns out is a very realistic possibility. Musically, CIII is clearly reminiscent of Celestina and CII, but also an obvious departure into additional genres of music and theory. Originally conceived as music for string quartet, CIII incorporates simplified classical structures and sounds along with more "ornate" theories of construction along the lines of John Cage, Stockhausen and Brian Wilson. Yes, THAT Brian Wilson. Think about it...Additional influences would have to include Throbbing Gristle, John Foxx, Nick Drake, ELP, HMO (ha-ha joke) and Magical Mystery Tour era Beatles.

HISTORY OF THE BAND:
17 Pygmies officially began in 1982 when then Savage Republic member Jackson Del Rey (aka Philip Drucker) began jamming in a garage with keyboardist and guitarist Michael Kory (Radwaste) and drummer, soon to be singer, Debbie Spinelli from Food & Shelter and Radwaste. The group's first composition was an odd, kind of surf-a-delic, Emerson Lake & Palmer inspired cover version of the theme music to David Lean's Lawrence of Arabia. Since no one was around to say stop, the band quickly devolved into a kind of spooky instrumental and 80's style techno-pop band, and by the time the Pygs, as they were now known to the five people including the band members who knew them, started covering Brazilian sambas (and just before the release of their first EP) Robert Loveless, now a member of Savage Republic, signed on as bass player/keyboardist.

That "Hatikva," EP quickly led (minus Kory, who left to pursue an alternate path to obscurity) to 1984's full length LP ?Jedda By The Sea." "Jedda" was an album short on the letter "h" but long on musical innovation and is still considered a "post-punk" masterpiece by those same five people including the band members who though "Hatikva? was worth releasing. Next came 1985's "Captured In Ice" which interestingly contained the non-hit "Chameleon" which made a very influential list called the 100 greatest unknown techno songs. All this obscurity led to several personnel changes (the only permanent idiot,,,er band member is Del Rey) which of course led to the release in 1989 of "Welcome" on the Island Records subsidiary Great Jones label. And they say contrary thought won't get you anywhere. Well, it didn't and the band was dropped the next year (1990) that saw the self- release of the last demos for Island as the EP ?Missyfish?.

Ironically (or is it iconic) 17 years later, the ?13 Blackbirds/13 Lotus? double CD was released under the indie record label Trakwerx, with original member Del Rey and Welcome era singer Louise Bialik in tow. Another fine fellow worth mentioning, guitarist Jeff Brenneman from White Glove Test also joined the fray. Soon after, there were more personnel changes, and the band reformed as The 17th Pygmy with Meg Maryatt (who was a contributor on 13 Blackbirds/13 Lotus) on vocals, guitar and accordion, Tony Davis, from White Glove Test on bass and Dirk Doucette, also from White Glove Test, on drums.

Thus, in October 2007, ?Ballade of Tristram's Last Harping? was released, which reflected a retro ?60s Psychedelic-?70s Classic Rock direction. Ballade is also a visual tribute to the Art Nouveau movement. The Art Nouveau style is probably best exemplified by the works of Gustav Klimpt and Aubrey Beardsley both of whose works were liberally borrowed from (but never credited) on the covers of many, many, many ?60s albums.

With Jackson Del Rey's newfound creativity writing experimental prog rock scores to classic silent films (?Battleship Potemkin?,?Nosferatu? & ?Tarzan?), he had the idea to record a concept album, ?Celestina? (loosely based upon the classic 15th century Latin novel La Celestina, a timeless tale of love and betrayal). 17 Pygmies return to their original name, perhaps for good, and continue on in the tradition of their signature sound that was first explored and presented on their classic 1984 release ?Jedda By The Sea?.

Not to rest on their laurels, 17 Pygmies released their newest concept project in November 2009 - "The Outlaw J.D. Ray". This time around, Blind Lemony Pledge Fresh Jackson and his posse (western, not rap) use post-civil war folk music and pre-WWII blues as the backdrop to a story of ambition, deceit, and of course love lost and found (you know, basic tragedy stuff) and of course, redemption. With of course, a washboard.

17 Pygmies perform the last song ("Stay With Me") for Jackson Del Rey's original film score set to the 1918 silent film "Tarzan of the Apes", based on Edgar Rice Burroughs' story, directed by Scott Sidney.

On January 1, 2011, 17 Pygmies released part two of the "Celestina" saga "CII: Second Son". Well-received in the prog rock community, the music is a bit darker and more dramatic to reflect the mood of the storyline, but also warm and sweet at times moving the love story forward. As with all Trakwerx releases, the limited edition signed CD is elegantly packaged and hand assembled, in a foil-pressed sleeve, including Part Two of the short story.

On January 1, 2012, 17 Pygmies released the third and final episode of the Celestina series: "CIII: Even Celestina Gets The Blues (A Tale of Love and Quantum Physics)". Alternately dramatic and delicate, the music reflects the "Interface" Celestina feeling human emotions of sorrow and loss for the first time. The limited edition CD comes in a fold-over gold foil-pressed cover including Part Three of The Book of Celestina.

Hatikva & Jedda By The Sea