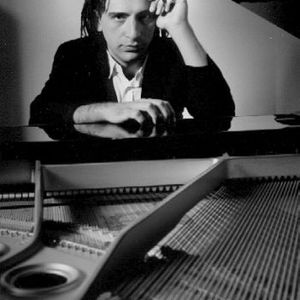 Stefano Bollani is a jazz pianist born in Milan on December 5, 1972. He made his professional debut at fifteen and received his diploma in piano from the Conservatorio Luigi Cherubini in Florence. He does classical music, contemporary jazz, Brazilian jazz, and pop rock. Longlasting has been his collaboration (from 1996) with Enrico Rava: 12 records together, the last was Tati, ECM 2005, in trio with Paul Motian, battery.

His production and live performances span much beyond mainstream jazz, with dozens of collaborations: even in nordic songs (Gleda, Stunt records, 2005), as soloist in classic music orchestras, live broadcasting on tv (with Renzo Arbore) & radio ("il dottor Djemb?" with David Riondino, Radio3), and theatre (e.g., with Lella Costa).
In 1998 Musica Jazz magazine voted him Best new Jazz Talent Of The Year and later on:
a) in 2004, he was the first one non-american to be awarded "new star" by the Swing Journal, Japan;
b) best 2006 musician according to Musica Jazz; and best record of the year (Piano solo, ECM);
c) 2007: 8th world jazz new talent in Downbeat (Usa); Allaboutjazz (New York) critics vote him among the 2007 top 5; critics award him the European Jazz Prize.
In 2008 he records "Carioca" (Emarcy) in Rio.
[edit]

Joy In Spite Of Everything

Stone In The Water