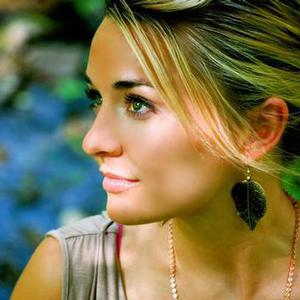 Anna Gilbert is an American artist born in Eugene, Oregon. She was the 2007 and 2009 winner of the "Inspirational Artist of the Year" award for the National Momentum Awards on Indieheaven.com in Nashville, TN. She self-produced her first two albums with music and lyrics that she wrote herself. Her third album was produced with Charlie Peacock in Nashville, Tennessee at The Art House and is licensed by BMI. Her fourth musical project was an EP titled "Like a River" produced by Sam Ashworth in Nashville, Tennessee at The Art House.

Anna Gilbert's parents were both musical--her father was a high school music teacher and a youth pastor and her mother was a worship leader and a women's pastor at their church in Eugene, Oregon. Anna began playing the piano and writing at a young age and won a city-wide songwriting competition in the fifth grade. She wrote and produced her first album God Sees at age 19. She toured the West Coast playing mostly in churches and college venues.

Anna recorded her second album Falling in a Beautiful Place - completely self-composed and self-produced in 2007. She performed at a benefit to help fund relief efforts in Mozambique in June of 2007 with Calling Simon, an acoustic band from Eugene, and Feel Good Remedy.

She met Charlie Peacock in Seattle, Washington and worked with him to record a third album Your Love My Medicine that was released in the spring of 2009. Her summer tour for 2009 includes venues in Hawaii, Idaho, Washington, California, Oregon and Montana.

Anna opened for Brandon Heath at God & Country in Nampa, ID on July 4, 2009. She played with Tommy Walker in May 2009 at University of Hawaii's Stan Sheriff Center. She also opened for Bebo Norman in Eugene, Oregon in 2008.

Falling in a Beautiful Place