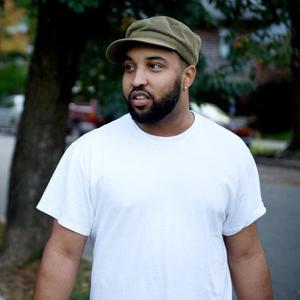 Steddy P is not your average rapper, and he'll be the first to admit these are not average times, so he writes an array of songs depicting his life as best he can, simply honest. Steddy P has also become involved in video editing and graphic design, so now his platform for expression is much bigger than it's ever been entering a new decade and the most important time, now. A native to Kansas City, MO, Steddy has an enormous passion for the music he creates.

A native to Kansas City, MO, Steddy has an enormous passion for the music he creates. His experiences in this harsh music climate date back to 2004 during his stint in college, assembling Steddy English mixtapes with resources from Streetside Records and Kinkos. Hailing from Kansas City, Steddy was forced to research the art form that caught his attention so much.


With no major labels or legitimate endorsers, Steddy P along with Andy Price and Eddy English started IndyGround Entertainment, a label striving to create an aesthetic separate from popular culture, focusing regionally on the Middle of Map, USA. At first, the label placed emphasis on the Interstate 70 highway stretch from Lawrence to St. Louis and everything in-between; but now thanks to a grassroots approach and five years of hard work, IndyGround continues to expand nationally. Along with business partner Adam Hoffsette (Magic8 Designs), Steddy runs the IndyGround Headquarters out of downtown Kansas City, MO.


Sharing stages with some of the best live hip hop acts in the business has definitely made critics pay attention to Steddy P. Frequently performing as opening support for these acts in the Midwest region, he leaves the usual conventions of stereotypical rappers by the wayside, earning stripes month by month for over the last two years along side DJ Mahf relentlessly touring the Midwest region.