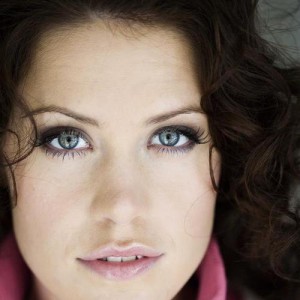 Anna David (born December 2, 1984 in ?rhus, Denmark) is a Danish RnB and Soul singer. At the age of 14 she got her first recording contract in Germany where she released 5 singles. Her debut album, simply titled Anna David, was released in Denmark in September 2005 and was certified Gold. The lead single, Fuck Dig, held the #1 position on Danish single chart for twelve weeks and received the Payload Prize 2005 for being the most downloaded song of the year in Denmark. In October 2006, Anna recorded Fuck dig in German as Fick Dich.

The German version entered the charts in both Germany and Austria. Simultaneously, she recorded Fuck You, an English version of the song.

In 2006 she participated in the Danish version of Dancing with the Stars (Danish: Vild med dans).

Music Is Taking Over