Stars Of Stage And Screen 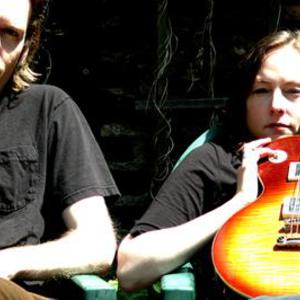 Stars of Stage and Screen is a Brooklyn, NYC, USA based duo (Daughtry Carstarphen and Timothy Roven) who create music in a indie / shoegazer meets electro / psychedelic vein. They formed in 1999 and have released 2 albums. Their debut album Dying To Meet You (2002) featured a laid back style that won them a big internet buzz and led to movie soundtracks, guest recordings and remixes. The second album, American Oddity was released in January 2006 and features a more eclectic, guitar oriented sound but maintains the lush production that graced their earlier work.

Their biginning, in a way, in the fertile musical spawning ground of early 1990's Chapel Hill, North Carolina. Daughtry Carstarphen played guitar and sang in the all-girl group Faustina, while Timothy Roven played guitar and violin in the late-great glam-pop band What Peggy Wants (former WPW drummer Tom Maxwell went on to lead the Squirrel Nut Zippers to platinum success).

When What Peggy Wants disbanded in 1994 Timothy moved back to New York City, his original home, and spent a year playing guitar with other former Chapel Hillians - The Veldt (Polygram). In addition, he and his brother James recorded violin and cello respectively on records for Jolene (Sire), and Savoy (EMI) the New York based band fronted by a-ha guitarist-songwriter Paul Waaktar and his wife Lauren Savoy.

Daughtry's musical career began in 1995 with the duo Soma (with Holly Harding-Baddour of the Minor Drag) which eventually turned into a trio with the addition of drummer Melanie Maxwell (wife of Tom Maxwell from WPW/SNZ). They released one album as Faustina called 'Brittle Star' which showcased their ability to meld raw guitar sound with beautiful two and three part harmonies. Faustina disbanded in 1998 when Daughtry also made the decision to move to New York City.

The beginnings of Stars of Stage and Screen emerged in 1999 when Timothy and Daughtry started discussing building their own studio where they could write and record music at their own pace and on their own time. Early material was written and recorded but dismissed as they learned more and more about the art of production and mixing - an art that most guitar/vocal based bands tend to leave to others but that modern DJ's and electronica musicians are intimately familiar with.

In early 2000 the duo formed officially as Stars of Stage and Screen and decided to upload their first songs to mp3.com in the hopes of getting some feedback on their work. Not knowing how it would be received they invented the monikers thnmnt @ cpck (pronounced thinmint and cupcake) to hide behind in case the whole idea was a tragic mistake. 2 years later they are still uploading drafts of their songs to mp3.com for feedback - and getting lots of it. Even though they feel that their pseudonyms are no longer necessary and have begun using their real names, many stars listeners enjoyed the mystery and continue to use them in their letters. With over 150,000 downloads and hundreds of emails from listeners all over the world offering praise and encouragement Stars of Stage and Screen set about compiling their best songs into a CD release.

The decision to release the CD themselves was an easy one for Stars of Stage and Screen. They felt that they would rather, initially, control the release of their first CD by pressing a limited number of copies and pursuing a more grass-roots approach to selling. If after that it made sense to bring in outside help, they would consider it at the time.

In keeping with the spirit of mp3 the Stars have continued to offer all of their songs on mp3.com available for free download. "It's a wonderful testing ground for new material" says Daughtry "it's an amazing world-wide focus group - not that we run home and change things of course, but it's nice to know!".

For the release of their first CD 'Dying to Meet You', Stars of Stage and Screen compiled 16 of their favorite tracks, weighing in at over 65 minutes of music. 'Dying to Meet You' is an exploration of the various sounds that they have explored over the last 18 months. Both Timothy and Daughtry sing and play guitars and bass on the CD. Sampled strings are combined with live violin and viola to create lush orchestral textures. Synthesizers also play a strong role as do sampled drums, found sounds (many from field recordings in NYC). The only additional musician on the album is the cello on Sallow played by James Roven, Timothy's brother.

Dying To Meet You