Star You Star Me 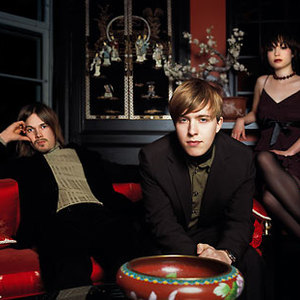 Finland's Star You Star Me, the electronic dance music band for the 21st century. Jani Lehto had been playing around with computers and synths his whole life when the deep house boom of the mid-'90s struck his home town of Turku. His house collective DSE reached for that warm New York sound, but with Star You Star Me, a new path was chosen. Tatu Mets?t?hti has already gained worldwide reputation in underground electro circles with his band Mr Velcro Fastener and Mesak solo project. His synth programming skills and musical ideas and visions double the creative potential of the duo.

In late 2001, Tatu and Jani started swapping their unfinished tracks: if Jani had an idea for a track he gave it to Tatu, and then Tatu would continue the process, or vice versa. The first tracks were called "Disco Dancer," "Antidis," and "Loveletter," and two out of three were later released on Slip 'n' Slide Blue and Moodmusic Records, to impressive reviews. The sound of SYSM is a combination of minimal house grooves and emotional, high fidelity electronic soundscapes. It's easy to recognize a Star You track -- fat retro disco drums beating on top of the most crisp and wide synth sounds, ever. Their vision of sound is coupled with the concept that music should always be momentous and not just entertaining -- music should make people cry or laugh and give reasons to survive through the reality of day-to-day living. Star You Star Me is a return to the coolest disco sound re-energized for today's clubs, living rooms, media players and iPods. Their newest album, "Simple Things", Includes a guest vocal appearance by Erlend ?ye.