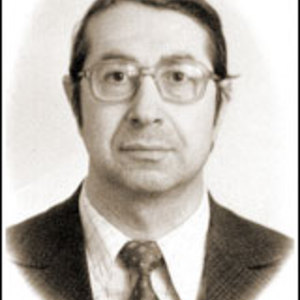 Stanislav Kreitchi (1936) was born in Kutaisi, Georgia. Sound engineer, composer. Lives in Moscow, works in Moscow State University. For the past 43 years he has been working with ANS Synthesizer - a photoelectronic instrument which takes its name from the initials Alexander Nikolayevich Scriabin. "ANS" has been invented in 1938 and designed by Eugene Murzin in 1958 together with the group of engineers and composers. Stanislav Kreitchi joined this group in 1961. His first electronic composition was a score for the film "Into Space" ("Cosmos") composed in co-authorship with Edward Artemiev.

From 1966 to 1972 Stanislav worked in Experimental Electronic Music Studio (Moscow) and composed various pieces on "ANS" synthesizer. Mr. Kreitchi composed music for a puppet show "Fire of Hope" (1958) (that incorporated the use of light) based on Pablo Picasso's works, for the slide composition "Rorschach Rhapsody" (1991) by P. K. Hoenich (known for his light pictures created with the help of sunlight) and music for several performances and films.