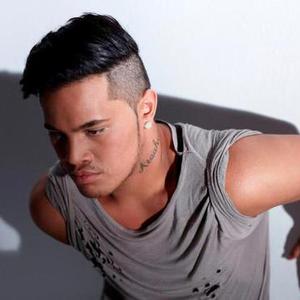 Stan Roto Walker (born 23 October 1990), is an Australian born New Zealand R&B/soul recording artist who rose to fame in 2009 as a contestant on Australian Idol, becoming the winner of that season. Walker's debut single, "Black Box" was available for digital download immediately following his win on Idol, on 22 November 2009. The single peaked at number 2 on the ARIA Charts, and on 5 December 2009 debuted at number 5 on the RIANZ Charts in New Zealand, climbing to number 1 the next week.

His debut album Introducing peaked at number 3 on the ARIA Charts, and number 2 on the New Zealand RIANZ Chart. So far, Walker has achieved three Australian platinum accreditations, one from his debut album and two for his debut single, "Black Box". He has also received a gold certification for his single, "Unbroken". His album also reached triple platinum in New Zealand with his debut single gaining double platinum accreditation there.

On April 13, 2010, Walker released his second single in New Zealand titled, "Unbroken" and later in Australia on April 20, 2010. The single was written and produced by Ryan Tedder and is the lead single from his second studio album, From the Inside Out. The album is set to be released on August 20, 2010

Walker was born on 23 October 1990 in Melbourne, Australia, but Walker and his family moved back and forth from Australia to New Zealand, spending relatively equal periods of his life in both countries. He is of M?ori descent. In New Zealand, Walker's heritage tribes is Nga Potiki (a sub tribe of Maunga-Pohatu and Ng?i Te Rangi from the city of Tauranga). During Walker's childhood his father was often abusive, which led to him smoking marijuana and thieving. Walker says his passion for music and his church made him a "good boy" again. Before Walker had entered Australian Idol in 2009, he was a shop assistant at a menswear shop in Coolangatta, Queensland where his family currently lives.

In 2009, Walker auditioned for the seventh season of Australian Idol, singing "Ordinary People" by John Legend at his Brisbane audition. He received praise from the judges with Marcia Hines applauding him and stating: "You've got a beautifully house cat voice... it resonates [and] this whole room was captivated by your voice. You coulda heard a penny drop and that to me is what a great artist is.".He progressed through to the theatre rounds receiving more recognition from the judges with Kyle Sandilands saying, after his second round performance of Kings of Leon's song Use Somebody, "You're the only person after the auditions that I ever told anyone about; family, friends other people that I run into. I only told them about you."After all three theatre rounds were over, it was announced that Walker made it into the top-twenty four. In the top twenty-four semi-finals Walker was part of the first group of performers and sang "If I Ain't Got You" by Alicia Keys. The judges were impressed with his performance with all three judges praising his vocal skills but Marcia and Dicko told him not to get side-tracked while singing but letting it flow naturally. The following evening they announced the first two contestants to be put through to the top twelve according to viewer votes. The first contestant through was Walker who praised God for making it through alongside fellow contestant Kate Cook. The judges were pleased with the result with Springbett telling them to get ready for the hard work.

Throughout the season Walker was praised continually for his voice and for the daring choices he took with his song choices. During the season the contestants were mentored by established artists including Suzi Quatro, Liza Minnelli, Joel Madden, Benji Madden, Michael Bubl? and Pete Wentz. After his performance of Miley Cyrus' "The Climb" the judges including Joel and Benji Madden were left speechless. Joel stated that listening to Walker sing made him want to sing R&B music and Benji stating that he would watch him perform whether he won the competition or not. After his R&B influenced performance of "Eye of the Tiger" by Survivor guest judge Pete Wentz stated that he had heard about him from Joel Madden and that if he had no where to go after Idol to give him a call. While being mentored by Michael Bubl?, after being put through to the final 2, the singer compared his voice to Walker stating: "When he sang to me I wanted to kick him a little bit! Really, I just thought why am I here... 'cause I'm gonna sound like crap singing next to Stan... that voice is like God kissed [his] throat... it's hard when you're a singer and you meet... a better singer than you and you have to come up and mentor them..." Additionally he told Walker that he would like to introduce him to his producers because his voice would blow them away.That night he also performed his winner's single "Black Box" live for the first time. One of his most highly praised performances was of the Prince song Purple Rain which received a standing ovation from the judging panel and the audience. Marcia Hines praised him for his choice to sing accapella at the end of the song while Jay Dee Springbett said that "... it was a moment and you know, I didn't hear it, I felt it brother..."
On November 22, 2009 Walker and fellow finalist Hayley Warner took to the stage at the Sydney Opera House for the Australian Idol grand final. During the night he performed with the top twelve singing Take Back the City by Snow Patrol, as well as a solo of It's a Man's Man's Man's World and did a special performance with Michael Bubl? and Warner of Feeling Good. After the viewer votes had been tallied it had been announced that the winner of Australian Idol 2009 was Stan Walker. A shocked and emotional Walker gave a speech saying: "I just want to thank God, man. Hey, I want to thank my family for coming and supporting me. My family they came from New Zealand..." Only a day after winning the competition, Walker stated that he was ready to take the music industry by storm. Stan said that, "I'm ready to make music, and I'm ready to start my career and just give it everything I've got".

After coming out of Australian Idol as the winner he was signed to Sony Music as well as an artist's development fund worth AUD$200,000. During this time he established his own company called Stan Walker Music Pty Ltd, which is run by his mother April. The company was set up in order to negotiate his contract with Sony Music and not end up like past Idol contestant Damien Leith who claimed he didn't make any money from from his "Winners Journey" release. Walker's debut album was recorded in just two days and released on December 9, 2009 three days ahead of its original release date. The album featured all the songs which he performed during Australian Idol as well as his winner's single "Black Box" and a new song called "Think of Me" which was produced by Guy Sebastian. The first single from the album, "Black Box", was officially released on 25 November 2009. It debuted and peaked at #2 on the ARIA Charts, and peaked at #1 on the New Zealand Singles Chart with double platinum certification in Australia and New Zealand. "Introducing... Stan Walker" was received well so far peaking at number-three on the Australian albums chart and number-two on the New Zealand albums chart for seven weeks, also achieving platinum status in Australia and double platinum in New Zealand.

During the last few stages of 2009, Walker began working on his second studio album. "Unbroken", the lead single from Walker's second studio album, From the Inside Out, was written and produced by Ryan Tedder and was released in New Zealand on April 13, and released in Australia on April 20. Walker performed the new single in Pukekohe, New Zealand. The single debuted on the New Zealand Singles Chart on 19 April 2010, a week after its release, at number 29. It later peaked at number 9. On 2 May 2010, "Unbroken" entered the Australian ARIA Charts at number 27 and has since then peaked at number 23 on the Australian Singles Charts which only include Australian artist singles it peaked at number 3, and also reached number 7 on the Australian Urban Charts. The single received a gold certification in Australia for sales of over 35,000 copies. Walker has also once again worked with Lucas Secon and the team who wrote Black Box on a new track called "FaithFool". On June 15 2010, New Zealand rapper, Young Sid released a single titled, "Stuck In A Box" which features Walker. On June 29 2010, Walker released an exclusive video message on his official YouTube channel to his fans, announcing that the album would be released on August 20 and the second single to be released from the album is titled, "Choose You", which was written by Australian singer, Cassie Davis. On 26 July 2010, "Choose You" debuted on the New Zealand Singles Chart at number seven.

From The Inside Out