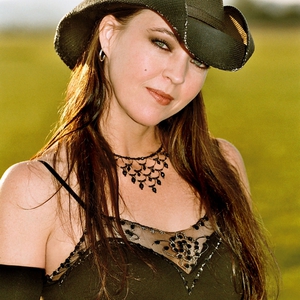 American roots rocker STACIE COLLINS has earned a reputation as a harmonica blowin' hell-cat who sports a hard-core honky-tonk wail, and she fronts a slam-bang rock and roll band marrying country fried rock-n-roll and raunchy blues with a vintage honky-tonk flair. Now, thanks to the recent success of her fan- funded event made possible through Kickstarter.com, Stacie has just completed her third record (and the second produced by Dan Baird), Sometimes Ya Gotta, released on Nov. 18th .

Now, thanks to the recent success of her fan- funded event made possible through Kickstarter.com, Stacie has just completed her third record (and the second produced by Dan Baird), Sometimes Ya Gotta, released on Nov. 18th . Available on Blue Rose Records in Europe and REV Records in the US, the new album is packed with 12 tracks of giddy-up rattle-n-roll, and features a stellar all-star line-up of players including the guitar work of Warner E. Hodges (Jason & the Scorchers), Eric ?EBO' Borash (Radney Foster) and Dan Baird (Georgia Satellites); and the deep pocket rhythm section features Jimmy Lester (Los Straight Jackets / Webb Wilder) on drums along with Stacie's husband Al Collins, who also plays bass for Jason & the Scorchers. Michael Webb played B3 and Accordian.

Based in Nashville, Stacie and her band log thousands of miles each year touring the US, Europe and Scandinavia regularly. A triple treat if ever there was one, Stacie Collins sings, performs and blows harp like no other woman in recent memory. In October of 2001, she started her own record company and released her self-titled debut CD. It quickly climbed the Americana and College charts, receiving praise and radio play worldwide and the first of many European tours soon followed. Fast-forward a couple of years?and with an ever-growing fan base and tour schedule, it was time to cut another record and Stacie had her eye set on a producer. Enter Baird, former lead singer of The Georgia Satellites. By invitation, Dan caught a show at the legendary Exit/In in Nashville, and witnessed Stacie cranking her harp through an over driven amp like Little Walter and belting out her songs as if she might never sing again. Her passion and energy impressed Baird and the two went to work on a new record.

The result of the first Collins / Baird collaboration was a ten song southern rockin, harp howlin blues romp called The Lucky Spot. Had this music been released twenty or thirty years ago it would have sounded as natural on 70's fm radio alongside ZZ Top and The Rolling Stones as it would next to contemporary rockers like the Drive-By Truckers and Blackberry Smoke. A favorite amongst clubs and fans alike, Stacie has drawn comparisons from everyone to Lucinda Williams and Joan Jett to Janis Joplin, Steven Tyler and even Tammy Wynette. Her music has spawned a ?Stacie Collins? Japanese tribute band and she's even been credited with inspiring guitar great Warner E. Hodges (Jason and the Scorchers) to come out of retirement after a short stint with her live band.