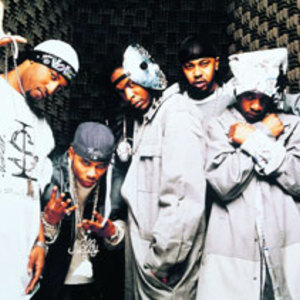 The St. Lunatics are a rap crew from St. Louis, Missouri formed by rapper Nelly and his hometown friends Ali, Murphy Lee, Kyjuan, City Spud and Slo'Down. They were formed in 1993 and came out with their local hit "Gimmie What U Got" in 1996. After the St. Lunatics got signed to Universal Records Nelly was the first member to go solo, and while Nelly was working on his solo album Country Grammar, City Spud was arrested and sentenced to 10 years in prison for robbery.

After the break through success of Nelly in 2000, the St. Lunatics released their debut album Free City in 2001 with hits such as "Summer In The City" and "Midwest Swing". Then Ali released his solo album Heavy Starch in 2002 and Murphy Lee released his solo album Murphy's Law in 2003. Murphy has now launched his own label "U C Me ENT." and is currently promoting his new artists. With the success of "Free City" and its members, a second St. Lunatic album was anticipated amongst the fans.
According to Songfacts, after City Spud was released in 2009, he reunited with Nelly and the St. Lunatics to record their second album entitled City Free.