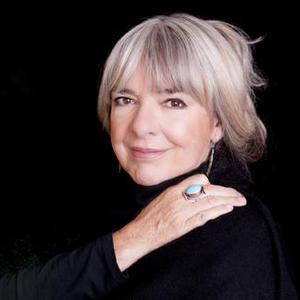 Ann Mortifee was born in Zululand, South Africa. She spent her first years on a sugar farm there and came to Canada as a young child. As a teenager in Vancouver, she began singing with the legendary Josh White after her first public appearance which was at a local coffeehouse. That first performance was precipitated by a dare put to her by some of her classmates at school. Shortly thereafter, Ann was invited to an audition to be a singer for the first run of the George Ryga play,The Ecstasy of Rita Joe. It was here that she recognized the power of the arts to influence social awareness.

Ann's work with the Royal Winnipeg Ballet on the ballet version of The Ecstasy of Rita Joe deepened her commitment to the arts and helped greatly to establish her career.
Ann is now known as one of Canada's most unique and outstanding performing artists. Known throughout the world for her passionate and honest performances, Ann has released ten CDs, written three musicals, and several ballet and film scores. She has worked as a keynote speaker for conferences on such concerns as the use of creativity in healing, sexual abuse, death and dying, environmental and womens issues. She received the Order of Canada and the YWCA Woman of Distinction Award in 1992 for her outstanding contribution to the healing and performing arts in Canada.
The whole body of Ann's work deals with the mystery, difficulty and extraordinary opportunity of what it means to be a human being. Ann has facilitated workshops throughout Canada, Europe and the United States. They are a healing journey that awakens deep creativity, passion and aliveness. Her work with the voice is known for its unique, innovative and transformative qualities. Using her understanding of the energetic body, or chakra system, and its relationship to the physical body, she assists people in feeling, perhaps for the first time, the power and clarity available when one is energetically aligned within the body. Through breath-work,movement exercises, visualization and song, Ann supports individuals and groups, to experience and celebrate, their capacity to live and love, more passionately.

Into The Heart of The Sangoma