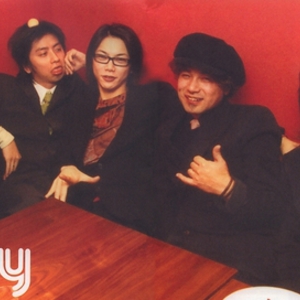 Spiky was formed in 2002 by ex-Gackt JOB guitarist Masa and sometime Gackt JOB drummer Toshi, and also included Matchy on bass, K.G. on keyboard and sound production, and Dai on guitar. Masa left Spiky as vocalist in 2005 to form the band dizzy drive and then went on to form ??????? in 2006. Spiky attempted to replace Masa with Shin (from Beltane33) on vocals for one event but, due to audience reactions, finally disbanded permanently after their last live in August 2006.