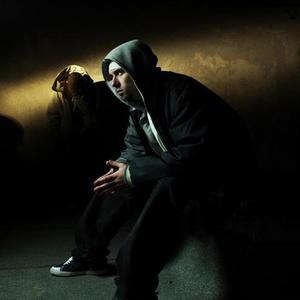 1) Spike - Spike is a romanian hip-hop artist. He was born in 1985. In march 2002, he launches his first song and starts his early recordings. He sends a demo to Cosa Nostra band and they accept him on their next album. That album was never launched. In 2003, Spike sends a demo to Roton and they ask him for more songs. After he sends the second demo, no answer came back from the music label. After two months of nothing, Spike receives a phone from Roton announcing him that the song "Nimic Personal" has entered the Loop Records compilation. And from here it begins.

In 2004, at a concert in a club, Spike meets Ombladon, a member of Parazitii, and this announces him that he could be on Ombladon's next album, "Condoleante". Two months later the album is launched and the song "Ombladon ft Spike -Probleme Personale" is included. After this, Spike starts touring through Romania along Parazitii. He has also a collaboration with Anonim on the album Hai sa vorbim.

In 2006, he sings along Parazitii and Anonim on the opening of 50cent concert. Aftert a few months, at the end of 2006, Spike launches his first album [album]Relatii cu Publicul[/album]. His first video was on the song "Bizar" featuring Cheloo, member of Parazitii.

Spike's next album "Ramanem prieteni" will be launched on September the 15th.

2) Spike - is an alias of IDM/Experimental/Glitch artist Elliott Perkins, aka Phonem, whose only release under this pseudonym has been "Operation Binary 24".

3) Spike - The US Heavy Metal band Spike was formed in 1973 by guitarist David T. Chastain, drummer Les Sharp, bassist Mike Skimmerhorn and Denny Kuller (Bass, Vocals). They recorded and released the album ?The Price of Pleasure' in 1983 and a Live album a year later. Spike toured the USA with many acts, the most well known being Black Sabbath. Due to differences with their management, they broke up and formed a new band CJSS in 1984.

4) Spike - Down-tempo electronic dance duo founded by producer Darrin Friedman. The performers were Pamela Mitchell (vocals) and Barrelhouse J. M. (raps). Mitchell's soulful voice gained them international fame with their first single, Respect in 1998. There was only one album released by the duo: The Album (1998). According to the information of Polydor, a second album was planned, but has never materialised.

5) Spike -Spike (born as Jonathan Gray in Newcastle upon Tyne) sometimes also known as Spike Gray, is an English rock frontman, songwriter and vocalist most famous for his times with The Quireboys with whom he has released four studio albums to date.

6) Spike - and DJ Spike are pseudonyms used by Keith Leblanc.

The Price Of Pleasure (Vinyl)