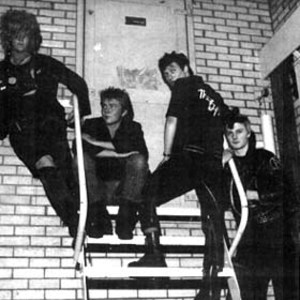 Special Duties was created in October 1977 by schoolfellows Steve Green (Aka Arrogant), Steve Norris (Aka Duty) and Nigel Baker. They were punks at school, but the idea of forming their own band came when they saw The Adverts in Colchester. However, the three schoolboys couldn't play and didn't own any instruments. In spite on that, it didn't discourage them. They decided to put Arrogant on vocals, Duty on guitar and Baker on Bass. With regard to their drummer, they had none, until that they asked to Stuart Bray, an 18 year old well respected punk of their region.

Soon after that, they met Bart Povah who joined their group at the guitar.

In 1982 Arrogant decided to declare war to the anarcho-punk band Crass.They released an LP 77 in 82 which was followed by their biggest selling single "Bullshit Crass". However, after that, their music's leading distributors refused to stock their material. This censorship made life a burden for the band. In 1983 they released the single "Punk Rocker" who was not well distributed. In the same year, the group broke off.

Twelve years later, the band was back on scene for the 1995's Fuck Reading at the Brixton Academy. After that the group didn't split again and now, they are still gigging and recording.