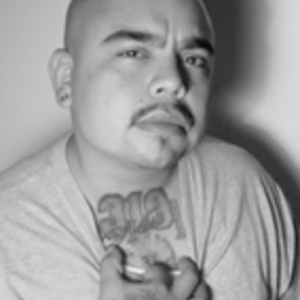 From street life to street poet emerges Spanky Loco. The streets of West Los Angeles is his battleground exploding with sound, violence, money, urban drama, drug sales, and gang tales. These elements are subject matter to many songs created by Mr. Loco. Guest features with west coast pioneers such as M.C. Eight, Jayo Felony, Down, Sylk E. Fine, Bad Azz & the Low Lifes, Playa Hamm, 40-Glock, and Kokane to name a few, has constructed a place for this ese and his people in the music world.

1975 was the year this Westside native came to be. Growing up in sunny California, NWA, Run DMC, and EPMD were a few of the sounds that LA radio stations broadcasted, not knowing that they were creating the basic structure in Spanky Loco's music career.

As a young ese running with his hood, Spanky survived penitentiary chances and near-death glances. Almost having lost the opportunity to shine with an attempt on his life, Spanky is living his survival and telling his story with his music.

Since Spanky Loco's near-fatal experience, you can catch him in the studio working on beats, constructing lyrics, dropping vocals, and always on the hunt to secure new talent for The Real 310 West . Spanky is one out of few executives that work directly with his artists to improve sound, style, and overall artist development.

With all of this to juggle, Spanky still finds time to hammer out his own musical career as an artist and exec. To go along with the projects already completed, Spanky Loco has over 300 songs completed and that's just extras for soundtracks, compilations, and anything else that might pop up requiring a Spanky Loco collaboration. Not only does Spanky bang out west coast hits, he is also a bilingual artist with an equal amount of Spanish music.