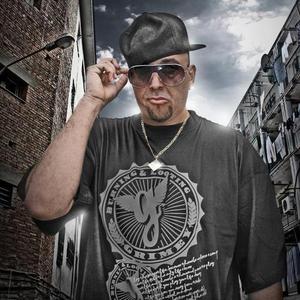 From the Harbor Hills of the port of Los Angeles comes the Spanish Foolish Loco Youngsters. Spanish Fly has been around since 1988. They are the classic authentic originators who brought you the first underground Chicano rap hit titled ?Soy 18 With A Bullet? which has been compared to ?The Boys in the Hood? song (Easy E) but with an image along the lines of our Chicano Barrios. Tricks(Frank Contreras), Rich Rock(Richard Anaya), and Ese Daz(David Arellano Zamora) were the original members of Spanish Fly.

They had just started recording Soy 18 With A Bullet on a 4-track recorder when they decided to add some childhood friends as part of their crew. Toker, Droopy(RIP), and Smokey were added they primarily were part of the posse who provided with ideas and professional criticism. Rich Rock, Ese Daz, and Tricks were childhood friends who grew up around the same neighborhood in the city of Carson. They had a d.j. group called Chill Attractions and would always work parties around the Harbor Area. In 1988 they began gathering at Trick's house looking through his father's old records, experimenting with sampling oldies, making beats, and writing lyrics about the gang activity that surrounded them in the streets of the Harbor Area. Rich Rock played baseball, Ese Daz played soccer but the music was what really kept Rich Rock, Ese Daz, and Tricks from falling deep into the gang activity of the 80's and 90's. ?Trust No Man? was the first ever recorded and released Chicano rap album on Familia Records. During this time Spanish Fly did a handful of shows in Oxnard, Bakersfield, Santa Maria and many other cities. There was not much momentum at the time in the Latin rap scene but Spanish Fly kept on pushing forward. After much underground success the members of Spanish Fly began going through personal trials and tribulations, where there was no new music being released by them. Drugs had heavily infested the streets and things drastically changed for the members of the group. They began abusing these street remedies, selling them, hustling their way to make a buck. Things began to crumble it was a time of chaos for the Fly. Droopy had died from suicide everyone was into their own worlds but despite the drama and differences Ese Daz and Tricks would always keep in touch. Ese Daz had always felt that Spanish Fly could become a household name in the rap game and was not ready to give up on his childhood dream despite all the setbacks of the past. Everyone went his own way and Ese Daz decided to push forward with the group. Tricks said he would support in any way he could. Ese Daz decided to put a new team together but this time he wanted a team that was not easily shaken by any adversity. He decided to make it a Family Business. He brought in his nephew Ace (Alfredo Arellano) who had grown up hearing Ese Daz make and play rap music in the garage where they would always hang out. Ese Daz would play music from N.W.A., A Tribe Called Quest, Schooly D, Ghetto Boys, Digital Underground, Carlos Santana, Jimmy Hendrix and Spanish music from Vicente Fernandez and Ramon Ayala. Ace had a friend named Fino (Eddie Arellano) who together had a group called ?Loked Out Latins.? Ace and Fino both lived on Lincoln St. in Carson. Although they were not blood related they grew up like brothers and coincidently had the same Arellano last name. They used to gather at Ace's house and write street hip-hop lyrics over songs made by 2pac, Run Dmc, Cypress Hill, and the Beastie Boys. The last member added to the new and improved Spanish Fly crew was Johnny D (Johnny Ortiz) who had met Ese Daz at a neighborhood house party during a freestyle session. Ese Daz heard Johnny D spit some rhymes and the rest was history. Ese Daz put him on the team not only for his sick rhymes but he also had the right mentality that he was looking for to add to this new unit. They all were finished with the negative energy of the past and were ready to take it to the next level. Johnny D grew up in the city of Wilmington where he began freestylin and writing battle raps for fun. He was now the last official member of the Original Aphrodisiac. Now the formula was complete and it was time to get the rock rolling. Spanish Fly had an underground following but never that radio play that is essential in today's success of any artist. In 2000 Ese Daz met E-dub and Khool-Aid of Pocos Pero Locos. Spanish Fly was the first group featured on the premier Pocos Pero Locos show. The show was a success and created opportunities for all Latino Artists. Spanish Fly spread its wings and was ready for take-off. Today, things will once again resurface with the Fly on Silent Giant Entertainment, and this time there is no stopping the Foolish Loco Youngsters. Ese Daz the general of this army has reloaded with the heavy artillery of Fino, Ace, and Johnny D. The name speaks for itself - Spanish Fly is the Aphrodisiac. Their music is a stimulant for people of all races to consume and feel, from anger of the streets to partying in club scenes, all kinds of emotions are generated. They are emerging within a Dynasty that is on the rise currently making music, videos, touring and making guest appearances on T.V. shows. Their latest release ?Crimes of Agony? is currently available with hot tracks like Loco Por Vida, Smoker's Paradise and Burning Down the House feat:(Daz Dilli) of the DPG.