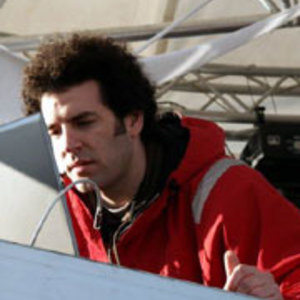 Space Buddha is Eliad Grundland (age 34), this project was created in the year 1997 & since then had released six powerful albums. During the years Space Buddha created an active portal to the Goa Full-on dancefloor reality. Space Buddha had visited every continent of our planet while touring with his music & had participated in many unforgettable festivals worldwide. The Space Buddha intensive drive nature, super high energy sound, massive fireback & Goa atmosphere will shake, blast, twist & pump every molecule of your body & mind.

Space Buddha project is well known with its unique interpretations as its setting new standards & limits to the psytrance scene.
The new & 6th Space Buddha album "Full Circle" (August 2006) is full of surprises & unforgettable tunes. The style is full on goa, as its his trademark. Since Space Buddha's main goal in music is the dance floors experiences, his style is powerful & mind-blowing blast. The new album is super progressed in its techniques & sound.

Eliad is well known for his Indica project since the year 1989, as an artist & as a Dj. Indica is truly a pioneer of the Israeli trance scene. Under this project Eliad had released two albums (2000 & 2004). Indica style is classical goa.