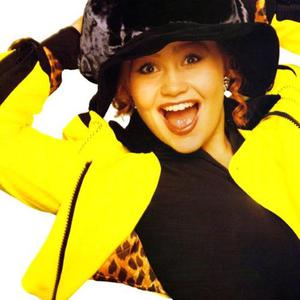 There are at least five singers and two groups named Sonia. ------------ Sonia #1 Scouse songstress Sonia Evans shot to fame as a bubbly, ginger-haired, giggly popstrel with the Stock Aitken Waterman stable. Her debut single "You'll Never Stop Me Loving You" made number one on the UK chart, and the debut album "Everybody Knows" made top ten. Further hits followed including "Can't Forget You", "Listen To Your Heart", "Counting Every Minute" and "End Of The World".

------------
Sonia #1
Scouse songstress Sonia Evans shot to fame as a bubbly, ginger-haired, giggly popstrel with the Stock Aitken Waterman stable. Her debut single "You'll Never Stop Me Loving You" made number one on the UK chart, and the debut album "Everybody Knows" made top ten. Further hits followed including "Can't Forget You", "Listen To Your Heart", "Counting Every Minute" and "End Of The World".

Sonia then changed labels, enjoying further hits with "Only Fools (Never Fall In Love)", "You To Me Are Everything", and "Be Young, Be Foolish, Be Happy".

Famously represented the United Kingdom at the Eurovision Song Contest, where she came second, losing on the last vote to Niamh Kavanagh's "In Your Eyes" after the Malta jury awarded douze points to the latter.

Sonia appeared on the ITV show "Reborn In The USA" where she famously clashed with seventies sparklers Dollar.

In 2007, a Greatest Hits album was released - an album that mysteriously omitted all of Sonia's Stock, Aitken, Waterman era material.

Sonia continues to tour and make TV appearances. Her stage and screen career has included stints in the West End ('Grease' alongside Shane Richie) and on the BBC sitcome 'Bread'. Sonia was also famously parodied by Dawn French in the 'Star Test' section of the French & Saunders show.

Information taken by Wikimedia:
Sonia Evans (born February 13, 1971), better known as just Sonia, is an English pop singer from Liverpool, who was popular in the late 1980s and early 1990s.
Her singing career was launched by the music producing trio Stock Aitken Waterman in 1989. She was signed after badgering Pete Waterman to listen to her sing outside the recording studio in Liverpool. Evans has her soft husky bartitonal contralto voice. Waterman did a regular weekly radio broadcast. He called her bluff and had her sing live on his show, and she later had several hits in the UK Singles Chart over the following years, including the UK number one single "You'll Never Stop Me Loving You" and a hit "You've Got a Friend" (credited to Big Fun & Sonia featuring Gary Barnacle), plus some other Top 20 hit singles, including "Can't Forget You" and "You To Me Are Everything".

She also sang the Dean Collinson and Red composition "Better The Devil You Know" for Britain in the 1993 Eurovision Song Contest, where she finished in second place.

In 2003, Evans took part in the reality television show Reborn in the USA, but was voted off in its fifth week.

In January 2007 she starred in the pantomime Jack and the Beanstalk, as Jack in Horsham, West Sussex, alongside Mark Currie.

------------
SONiA #2
Sonia Rutstein, a.k.a. SONiA, is one half of the sister duo Disappear Fear, an American folk/power pop band formed in Baltimore in 1987. They released four albums, then in 1996, Cindy Rutstein ceased playing regularly with the band in order to become a mother but occasionally still performs with them. Sonia Rutstein started a solo career (as "SONiA"). Her lyrics often address GLBT rights and other progressive political causes. Her 2004 CD No Bomb Is Smart was nominated for a Grammy, in spite of, or perhaps because of its outspoken opposition to current US foreign policy. Since its release, she has been campaigning as a recording artist against SoundExchange's (and RIAA's) efforts to dramatically increase fees to small webcasters. Her website http://www.soniadf.com has more information on all the above projects. SONiA's most recent solo album is http://www.last.fm/music/Sonia+Rutstein/No+Bomb+Is+Smart.

------------
Sonia #3
Sonia is a singing group from Japan, consisting of Jun Oyaki and Boogie Burns. They are probably best known for the song "Tenchi-Muyo!" (?????) which was used as the opening theme song for the Tenchi-Muyo! Universe series. Interestingly, they sang both the original Japanese version as well as an English version that was used in the English-dubbed version of the anime. Additionally, they have also released an album, "????! SONIA WONDERLAND," which contains a full CD-length version of the theme song as well as other works from Jun and Boogie.

------------
Sonia #7
The Sonia whose songs and electronic compositions are being made available as free downloads at last-fm, and whose works have Spanish-language titles, is an Argentine electronic/experimental group consisting of Fernando Balestro, Mart?n Loza, and Nicol?s Venturelli, with help from Federico Cosacov. Their CD Rosa was released on Mun Records in 2005; more information is available at their Mun page .

Sonia #8
An Arabic singer with one album named Anadilak out

No Bomb Is Smart

Better The Devil You Know