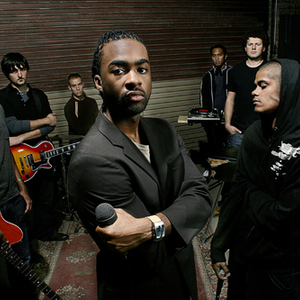 Straight from the City of Wind: Chicago, IL, Animate Objects carries the spirit and soul of the new generation of Hip-Hop music.

Formed in September of 2003 in Champaign, IL, Animate Objects is an amalgam of Chicago's finest Hip-Hop players. Two weeks after forming, the Objects won the Triangle Battle of the Bands, sending them on their way to the top of the local music scene. The band has received critical praise from independent music aficionados and novice listeners alike while opening for national acts including Digable Planets, Soul Position, The Opus, and Illogic/DJ Przm, Heiruspecs, Braille, and Voo Voo. In their earliest period, as a further contribution to the central Illinois music scene, the Animate Objects served as champion contributors helping lay the cornerstone for the foundation of the first student run record label in the Big Ten, Green Street Records. By serving as a dynamic force they helped usher the record label to acclaim as its historic story was brought to the eyes of the nation in Billboard magazine.

Currently, the band is promoting their debut album, Riding in Fast Cars With Your Momma. With the anticipation mounting and expectations growing, this band is certainly on the rise, with bigger things expected in 2008 and beyond.

Riding In Fast Cars With Your Momma