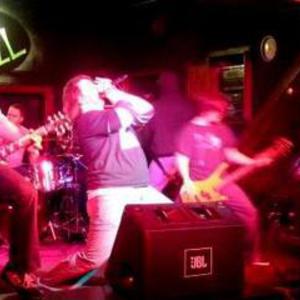 Tearing out of the mixed musical heritage of Providence, Rhode Island, these boys have hit the local music scene with a ferocity only paralleled by the music they make. Since their conception in April of 2006, and their first gig in September that same year, Something for Nothing has stormed the gates of the live music scene... determined to use brutal riffs and melodic chorus's to stake their claim in the industry.

Recording their first demo in October of 2006, S For N was determined to bring their post-Hardcore/Screamo sound to the populace via constant promotion, relentless touring, and a drive to deliver their message to the world. What is this message? Well according to lead guitarist Tyler Young, "Life is about living, kicking ass and taking names", and with the latest release of their self titled full length album(Static Productions, 2007), they intend to do just that.

The band fell onto hard times towards the end of 2008 into early 2009. Between being unable to hold onto a drummer and their guitarist Ben being diagnosed with cancer, it was too much to keep enthusiasm with the band. The band called it quits in July of 2009.