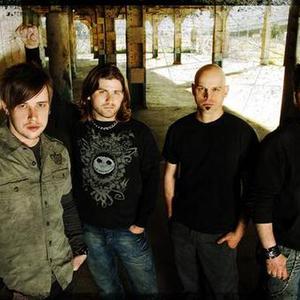 In 2008, SSL began working on new songs at Jay Baumgardner's NRG Recording Studios in Hollywood for their second release. Sharing the studio with Linkin Park during sessions for Minutes to Midnight, the band found the perfect environment to further develop their sound. The first two tracks, ?Not The One? and ?Denial?, were recorded and produced by Sergio Chavez (Mot?rhead, Evanescence). After the NRG sessions, SSL traveled to The Brewery studios in Seattle, Washington to finish the remaining material for their next release.

After the NRG sessions, SSL traveled to The Brewery studios in Seattle, Washington to finish the remaining material for their next release. Titled ?The Affliction EP', this 6 song album dropped in early 2009 to rave reviews. The resulting singles ?Denial' and ?On My Own' quickly gained momentum and caught the attention of local disc jockey Aaron Axelson of KITS Live 105 in San Francisco. The resulting buzz got the band an opening slot at the BFD music festival with over 50,000 people in attendance. Additionally, ?The Affliction EP' became a huge success on the internet and across social media outlets, generating substantial digital sales on iTunes and other online music retailers. The EP has sold over 12,000 copies digitally and that number is growing every month.

Solid State Logic currently draws heavily on the west coast and has been forced to reserve shows for larger venues such as Slim's and the Great American Music Hall in their hometown of San Francisco. SSL consistently makes their way to Los Angeles, Portland and Seattle, as well as other mid-west US locations to perform their high-energy live show.