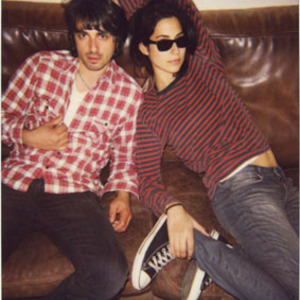 Brussels' sexy duo par excellence David and Charlotte from SOLDOUT are back to business this year with the refreshingly unpredictable new tracks ? Wazabi ? and ? Off Glory ? to pre-announce a forthcoming album due in January 2013. Their music is a collision between the cold and abrupt universe of electro and the softness of pop melodies. With a resolute contemporary vibe, they bring together the sounds of the 80's (Cabaret Voltaire, Depeche Mode, Front 242) and those of bands like The Knife, Grimes, The XX or the lighter touch of Metronomy.

The new songs are in sync with the electronic pop of their previous work, with confidence, easiness and simplicity and indicate the direction of a more melodic and mature album, with a sound that is more and more defined and is becoming an own identity.


History:
Soldout is an unexpected meeting of a guy and a girl, one night around a drink in a caf?.
David started making music early with his tape recorder, then he programmed a lot of music on his commodore, and amiga. After a while he got keyboards and started playing in bands, he started into experimental and psychedelic electronic music. Charlotte got started on classical piano and guitars when she was a kid her biggest dream was to become a conductor. One day she switched from Chopin to PJ Harvey and her guitars got electric. They met and mixed their styles and influences.

Hits From The Van