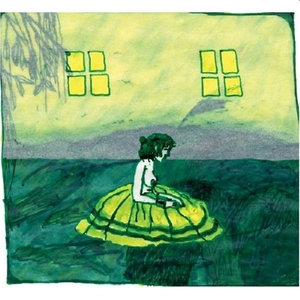 Following a hugely successful 2004, Animal Collective return with their first release of 2005 - a brand new four-track EP, which features the sweet voice of the near-legendary Vashti Bunyan. Having long been huge fans of her sole album, the recently rediscovered 1970 gem, ?Just Another Diamond Day', Animal Collective happened to meet Vashti when they played in Edinburgh on a 2003 tour supporting Four Tet (Four Tet's Kieran Hebden had recently played as part of Vashti's band during her first live set in over 30 years at the Royal Festival Hall).

Following this meeting, ideas were hatched and conversations began, culminating in the group selecting these three beautiful songs for her to make a home in.

Acoustic-based and once again recorded by their friend Rusty Santos (who co-produced ?Sung Tongs' along with the band), ?Prospect Hummer' centres around the three harmonised vocal tracks, ?It's You', ?Prospect Hummer', and ?I Remember Learning How To Dive', all of which were recorded over three days in March 2004 at Idle Luxury Studios in London, immediately before the band set off on their European tour to promote ?Sung Tongs'. Weaving their luscious, multi-layered web around Vashti's singing, these three tracks feature Animal members Avey Tare, Panda Bear and Deakin. A fourth track, the instrumental ?Baleen Sample' was completed late last year, and includes samples from band member Geologist, who was absent from the Four Tet tour.

Besides a huge mutual admiration, another link that both artists share is their experiences of people attempting to pigeonhole them both into some kind of folk-ish ideal. Whilst rising to critical prominence around the same time as artists like Devendra Banhardt, Iron & Wine, Espers, Joanna Newsom and Vetiver, Animal Collective have always balked at the idea of being part of some kind of ?Avant- / Modern American Folk' scene ? and anything more than the most cursory listen through their back catalogue will amply illustrate the changing nature, uniqueness and breadth of their music. Similarly, whilst obviously remembered for the autobiographical folk settings of ?JADD', Vashti is likewise insistent that her music stands on its own two feet, entirely separate from any scene-creation.