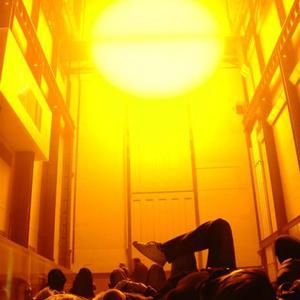 Solar Powered People is a four-piece rock / shoegaze band from the Central Valley, CA, the United States. Emerging from a previous band, Apollo Trigger, Ryan Coscia, Doug McKinnon, and Tony Pennington created the solid foundation that is now Solar Powered People over three years ago. Dustin Morris was added into the fold within the last year and has helped the band reach the perfect blend of atmosphere and rock.

Fresh from recording their second full-length, Living Through the Low, Solar Powered People are poised to launch into a bright future that should eclipse their already well accomplished past.

At a live Solar Powered People show, the audience can expect an experience similar to receiving a hug from a friendly grizzly bear. The sound the band produces is enveloping, warm and powerful with just enough grit to leave a few claw marks. Some of the songs cut through the atmosphere with pace and power, while others sweep and swirl, wrapping the listener into a haze of sound. The various levels of volume, pace and space are anchored by two consistent elements. The always-solid rhythm section provided by Coscia and McKinnon give every song a sturdy backbone. Coscia's powerful drumming and McKinnon's tasteful bass lines are the rails on which each song can successfully roll from. The second consistent element is the melodic hooks layered into the guitars. There are no pointless notes in Morris' or Pennington's guitar lines. The weaving of guitar parts gives the listener many layers to uncover while listening.

Solar Powered People has a crafted sound that comes from the vast experience found in each respective member's past. Coming from bands such as Fiver, Apollo Trigger, Long Division, Scenic Route, and Running Riot, the guys have suit cases full of experience on stage, on tour and in the studio. Taking these experiences and combining them with a shared love for such bands as The Cure, Slowdive, Tears for Fears, Failure, and Joy Division to name a few, the members of Solar Powered People feel they have found themselves a musical home. This musical home has been appreciated by many around the world over the last few years.

Solar Powered People enjoyed their first tastes of success after their first full- length, self-titled album was released by Three Ring Records. This album was recorded by Matt McCord, who also worked with Cake, Deftones and Team Sleep. The album was described by Performer Magazine as ?sounding like it was born in the subconscious minds of some very serious musicians.? Performer Magazine also validated the album's balanced beauty ?in its simple moments as in its moments of heavy orchestration.? The album was given a seven out of ten by Travis Cook of The Silent Ballet who claimed that ?there is no weak song on the album.? After many shows throughout the Central Valley, San Francisco and Los Angeles, Solar Powered People really honed in their sound. On top of the first albums release and their many shows, the ?Commercial Flight? video reached over 250,000 views on YouTube after one week. Solar Powered People have just finished their second full-length album, ?Living Through the Low? which will be released in Early 2009 by Three Ring Records. They again teamed up with Matt McCord to make the record, Living Through the Low.