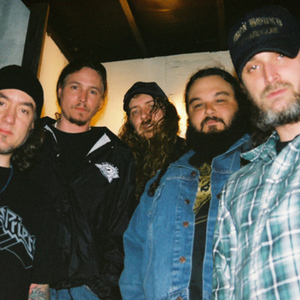 2. Solace, an artist from Toronto, Ontario.
Solace, an aspiring Canadian hip hop artist, was introduced to rap and hip hop music at a young age. Opening his eyes to rappers such as Eyedea, Spoonfull, Eminem and Sadistik he became ambitious to create music as unique, honest and well crafted as theirs. Along with rapping, he works as a graphic designer to create album covers for various artists. His associated acts include the hip hop artists MC Anonymous, the rap duo Pyromaniacs (West Virginia emcee Coleon, Ohio emcee Sentus), Steve Spag, DerdyPK, Big Ax-D, thus having his music and graphic creativity span the ears and eyes of emcees all over North America and Europe.

3. Solace, a Middle Eastern electronic music producer
Solace's composer and producer, Jeremiah Soto, has been composing music since 1986 and has evolved through several genres of music including Industrial, Gothic, Electronic, Contemporary World and currently Middle Eastern Dance music. Arabic percussion has always been a fascination of Jeremiah's and he has studied with renowned dumbek master Souhail Kaspar as well as learned African polyrhythms and frame drum technique from Ronnie Engel. After being in groups such as Kokuein, Eventide, and Still, Jeremiah embarked on a solo project, thus forming Solace in 1995. In 2005 he formed a live band (Sounds of Solace) to take Solace on tour. His wife, Rachel Lazarus Soto, is the founder of bellydance troupe Blue Damsel.

Solace is the amalgamation of modern electronics, traditional Middle Eastern percussion and European classical arrangements. Rhythm is one of the most prominent sounds in Solace music and is considered one of the most important elements in conveying emotion to the dancer or listener. Solace believes that the instruments are characters interacting with each other and the music tells the story. The flow of the song arrangement is intentional in that themes are touched upon and varied to give the listener a sense of evolution and resolution.

4. Solace, A hardcore screamo band from Colorado
As of 2006 they are no longer a band although they do still play live shows sometimes. Before their break-up they released the EP Kill What You've Left In Motion.

5. Solace, a Karl Schubach (Misery Signals) side project
Hey everyone,
This project was derived from the fact that I haven't picked up a guitar and actually wrote music that was entirely my own, since joining Misery Signals. So during our down-time from touring, I'll be slowly compiling/writing/recording these songs and putting them up to share with you. Every element contained in these songs (instruments, production, etc.) has been entirely done in my basement at home. If you have any questions, send them my way. I'll try my best to answer them all.

Following stints as lead guitarist for Sugartooth and Slap Rocket, Tommy re-ignited Godspeed in 1996 with Rob and former Glueneck singer Jason, naming the revamped outfit SOLACE. After a demo and slew of tracks included on tribute albums and compilations, SOLACE released their self-titled 7" debut in 1998, followed by 1999's Distanced from Reality EP (Jersey Devils split with Solarized). Close behind were two full-length albums - 2000's Further and 2003's 13.

Later that year, SOLACE was finally able to cement their line-up with former Lethal Aggression drummer Kenny Lund, as well as the addition of second guitarist Justin Daniels. Since then, the band has released a second EP Hammerhead (2004 split with Greatdayforup) and has begun working on their newest full-length album A.D. (set for release).

6. Solace, American rock band from Menchalville, WI
Since the band's early preformation jam sessions all the way back in ?99 Solace has steadily been rising in popularity. The original lineup of JD, Tyler, and John first showcased their original sound on their self-titled CD, making a ripple in an ocean of unoriginal pop music. Once the band had obtained local popularity they went on to perform at several local venues, showcasing the band's highly energetic live performances and skills. Heartfelt lyrics, catchy melodies, and well arranged accompaniments are just some of the things that make Solace's music great.

Since then, Solace has gone on to record two additional studio albums, 2006's Moment of Truth and 2009's Poor Old Soul, and continued to expand their live shows across the state of Wisconsin.